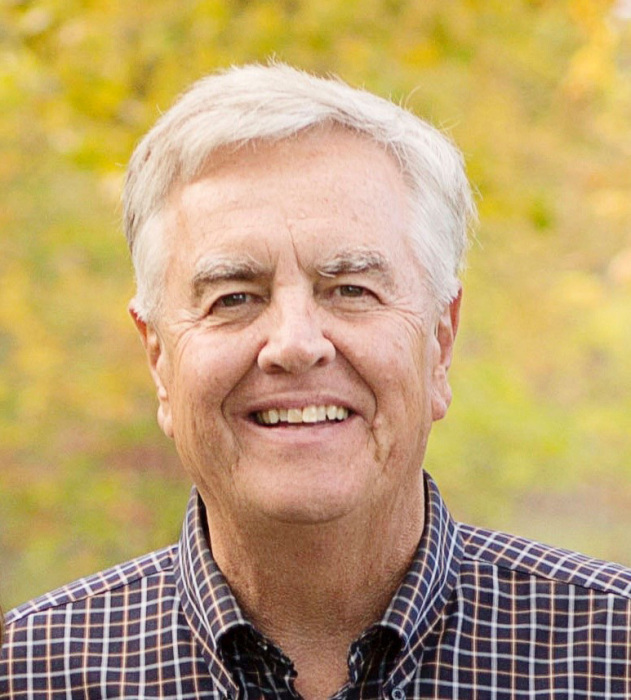 Bill was born on July 3, 1949 in Alexandria, MN, son of Darrel Vincent and Adeline Marie (Berberich) Flaig.  He was the youngest of 7 children and was an active athlete and musician at Alexandria High School, graduating in 1967.  He enjoyed coaching little league baseball and playing for the Alexandria Clippers baseball team.   After graduation from high school, he attended Moorhead State University where he continued his love for music playing trumpet in the stage band and graduating with a degree in Business Administration in 1971.

Bill married Barbara Jane (Saar) also from Alexandria on August 29, 1970. They moved back to Alexandria in 1973 and Bill started his role as the assistant hospital administrator at the Douglas County Hospital.   He obtained his master's degree in hospital administration in 1979 from the University of Minnesota.   Bill became the hospital administrator and CEO in 1983 and remained in that position until retiring in 2011.   Bill was very proud of his service to the community of Alexandria in this role, supporting a vibrant and strong hospital for the residents of this region.   Beyond his local work, he served as the Chairman of the Board for the Minnesota Hospital Association and was later recognized with the Minnesota Hospital Association’s Distinguished Service Award.

Community service was very important to Bill. He enjoyed being part of many organizations to support Alexandria.  Bill was a lifelong member of St. Mary’s parish and remained active in the church throughout his life.   In retirement, Bill remained active in the community through Habitat for Humanity, the Alexandria Area Community Foundation and volunteering at the local food shelf.   He continued to play his trumpet with Katy’s Swing Band and was remembered for regularly playing “Taps” at the annual Memorial Day commemoration.

Bill was always known for being kind and generous to all he met. Bill knew how to light up a room with his smile and his joyful sense of humor.  He always made everyone feel welcomed and loved.

Above all, Bill treasured family first.  Bill was a loving husband, father, and proud grandpa of 6 grandsons. He found delight in bringing his family on trips, cheering them on in any endeavor, taking the grandsons fishing, or just spending time with grandpa.  He often reflected on his childhood with his siblings and sharing stories about growing up in Alexandria.

Visitation will be held on Thursday, March 17, 2022, 4:00 – 7:00 PM at the Anderson Funeral Home with a Knights of Columbus Rosary at 3:30 PM and a Parish Prayer Service at 4:00 PM.  Visitation will continue on Friday, March 18, 2022, 10:00 – 11:00 AM at St. Mary’s Catholic Church with a Mass of Christian Burial at 11:00 AM.  Burial will be at St. Mary’s Cemetery.  Service will be live streamed for those unable to attend.  In Lieu of flowers memorials are preferred to the Alomere Health Foundation for the William Flaig scholarship fund (Attn. Eddie Reif, 111 17th Ave E. Alexandria, MN 56308), Alexandria Habitat for Humanity or the Alexandria Food Shelf.

To order memorial trees or send flowers to the family in memory of William Flaig, please visit our flower store.
Open