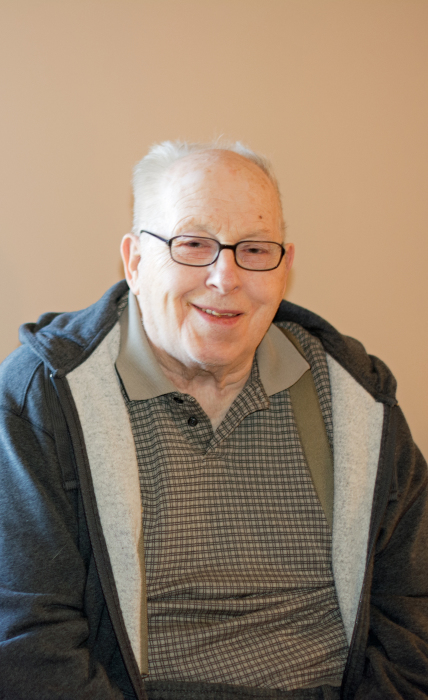 Walter Orrin Burrell was born on January 5, 1931 in St. Paul, MN to Basil & Katherine (Potter) Burrell. After graduating from Marshall High School in Minneapolis in 1950, Walter enlisted in the U.S. Army and served for three years during the Korean War. While valiantly serving his country, Walter was wounded by shrapnel before returning home. Upon his return, Walter worked at a paint factory in the Twin Cities area, and a variety of other jobs before marrying Mary Ann Layman on October 27, 1961 at Calvary Memorial Church in Navarre, MN. Shortly after their marriage, Walter became a father to daughter, Penny, and son, Chad. Around 1969, Walter began working as a postal clerk at the main downtown Minneapolis Post Office.  In 1971, Walter moved his family to Coon Rapids.  Dedicated in his role of providing for his family, Walter would ride his bicycle 15 miles each way from their home in Coon Rapids to downtown Minneapolis for work.

In 1975, Walter’s beloved wife, Mary, died at the young age of 48, requiring him to face parenthood alone. Because of this, he became quite the cook, being particularly skilled at making scalloped potatoes and macaroni and cheese, which his children were quite fond of. Walter took fatherhood and his role as a parent seriously, always prioritizing attending family activities and being as involved with his children as he could be. He enjoyed taking his children to various places such as museums, dinner theater, ballets, as well as on long summer trips.  During this time he was also very active in his church, serving as an usher and money counter.   On December 31, 1999, Walter retired from his career at the Post Office, but he could still tell you the zip code of any city. In 2002, Walter moved to Alexandria to enjoy retirement, and enjoyed the finer things in life, such as classical and gospel music and coffee from a cold press machine. He was also a collector of various coffee mugs, even going so far as to buy nice cabinets with which to display his collection. An avid history buff with a background in the military, Walter loved anything relating to the World Wars. His kindness and generosity will be missed by all who knew him.

On Wednesday, October 10, 2018 at the age of 87, Walter was reunited with his wife, Mary, after nearly 43 years apart. Being truly devoted to her, he had never remarried.

Walter is preceded in death by his parents; wife, Mary; brother, Richard, and sister, Alice.

To order memorial trees or send flowers to the family in memory of Walter Burrell, please visit our flower store.
Open