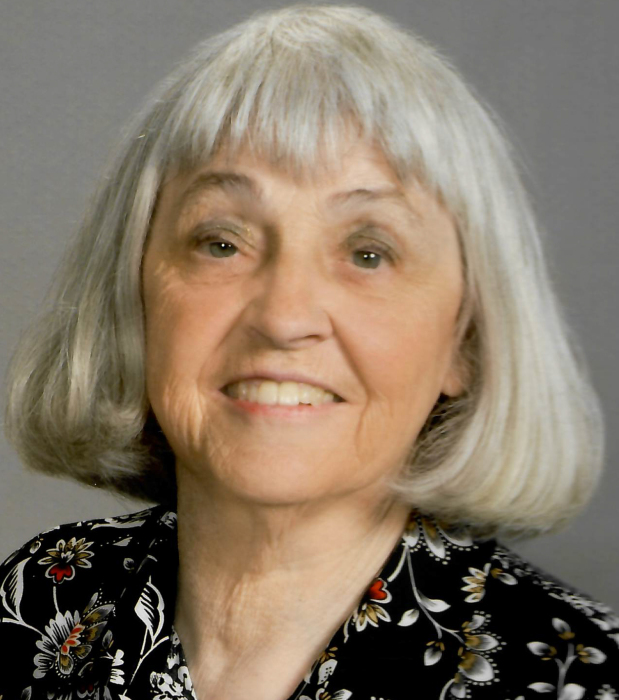 Virginia Margaret Behl was born January 22, 1948, in Morris, MN, the daughter of Eugene and Evelyn (Galvin) Behl.  She grew up in Morris part of the St. Mary’s congregation there and graduated from the Morris High School in 1966.

On October 21, 1967, Ginny was united in marriage to Ronald Hoffman. The couple made their home in St. Joseph, MN briefly before settling in Alexandria, MN in 1972. They were blessed with two children, Michele and Jeff.

While raising her children Ginny worked as a home childcare provider. She did this off and on over her life developing strong bonds with the children she cared for.

Ginny and Ron became members of St. Mary’s church in Alexandria when they settled there and were very active in the church as well as memberships of other groups and organizations. Ginny met many of her lifelong friends in Newcomers as well as Jaycees. Ginny was also part of Christian Mothers at church.

Bowling was something Ginny thoroughly enjoyed. She bowled in a league on a team called the Gutterballs for over 20 years. She enjoyed the friendships she made on the team and participated in several bowling national championships in Reno, NV and other locations.

Ginny loved cooking and baking. Her bars, caramel rolls, and pies were especially appreciated by her family and friends. She always had cookies ready to decorate with her grandchildren for each of the holidays when they came to visit.

Ginny was truly a mother at heart. She was very proud of her children and the other children she helped raise. She supported her children by being involved in their activities and lives. This support continued to the next generation as she and Ron spent time attending the activities and events of their grandchildren. She loved Grandparent’s Day at school. All of Ginny’s family was dear to her. She got together very regularly with her brothers and sisters, and her nieces and nephews.

On Tuesday, April 27, 2021, Ginny died at the age of seventy-three years. She was preceded in death by her husband, Ron Hoffman; brothers, Jack and Donny Behl; sister, Shirley Anderson; and nieces and nephews. Ginny is survived by her children, daughter, Michele Harlicker and husband, Ryan, of Moorhead, MN, and son, Jeff Hoffman and wife, Jamie, of Centerville, MN; grandchildren, Matthew Harlicker, Christopher Harlicker and wife, Morgan, Alex Harlicker, Nathan Harlicker, Hannah Laiho, Abigail Hoffman, Aiden Hoffman, and Zach Laiho; one brother, Bobby Behl and wife, Maxine, of St. Cloud, MN, and sisters, Mary Groff of Owatonna, MN and JoAnn Dooley and husband, Dan, of Hutchinson, MN. A Mass of Christian Burial will be held 1 PM Saturday, May 1, 2021, at the Church of St. Mary in Alexandria. Interment will follow in St. Mary’s Cemetery. A visitation will be held from 4 to 8 PM Friday with a prayer service beginning at 4 PM at the Anderson Funeral Home in Alexandria. Masks and social distancing will be required at the church and funeral home. Arrangements are with the Anderson Funeral Home and Crematory.

To order memorial trees or send flowers to the family in memory of Virginia "Ginny" Hoffman, please visit our flower store.
Open