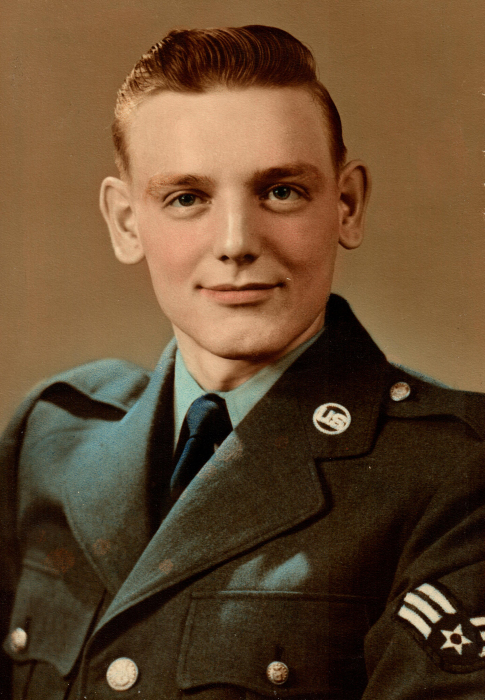 Vernon James Schlemmer, was born on September 20, 1929, on his family farm near Wood Lake, MN, the sixth of twelve children, born to Christian and Anna (Rust) Schlemmer.  Vernon graduated from Echo High School in the class of 1947 and then enlisted in the Army Air Corp in September of 1948.  He was a Korean War veteran and continued his service as a Special Agent of the Counterintelligence Division Office of Special Investigations in Washington D.C.

In 1954, Vernon moved to Redwood Falls, MN and opened Schlemmer Oil & Fuel Co.  Subsequent to that, he worked for Dekalb.  In 1982, Vernon moved to Miltona, MN.  Some of Vernon’s favorite past-times were playing bridge, camping with his family, and hunting and fishing with his sons.

Vernon J. Schlemmer, died on Sunday, August 8, 2021, the St. Williams Living Center in Parkers Prairie, MN at the age of 91 years old.  He is survived by his children, Patrice (John), Gary, Carol, and Steven; six grandchildren; two great grandchildren; and two sisters, Gladys and Donna.  He was preceded in death by his parents and 9 siblings.

A Private family graveside service will be held at Fort Snelling National Cemetery where he will join his WWI veteran father and five veteran brothers.

To order memorial trees or send flowers to the family in memory of Vernon Schlemmer, please visit our flower store.