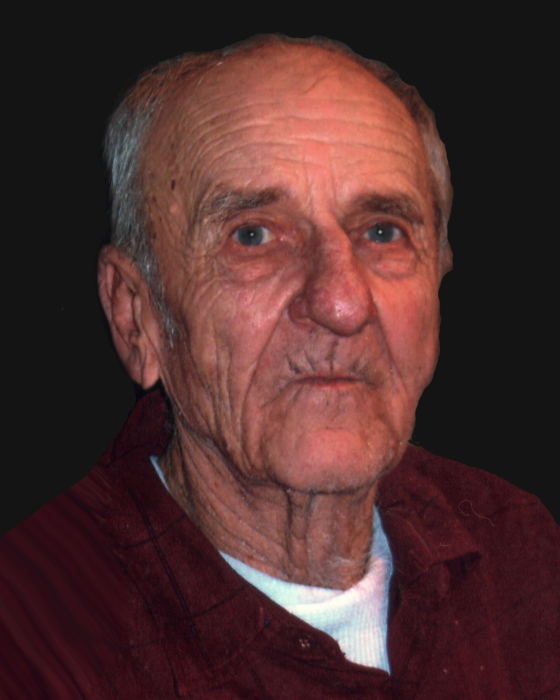 Verlyn Wayne Bruzek was born May 5, 1932 in Lake Mary Township, MN, the son of Wencil “Jim” and Mildred (Malmberg) Bruzek. He was baptized and confirmed at St. John Nepomuk church in Reno Township. Verlyn was raised on the family farm and attended school at District 13 in Lake Mary Township. He continued his education at Central School in Alexandria.

Following school, he helped his father on the farm. In December of 1952, Verlyn was inducted into the United States Army. He was trained as a gunner. Most of his service duty was spent as a corporal in Washington, D.C. where he was stationed at Andrews Air Force Base, and assigned to guard the United States Capital during the Korean War. Following his service to his country, Verlyn returned home and continued farming and milking dairy cows with his dad. He also worked as a carpenter for John Zavadil.

On April 4, 1970, Verlyn was united in marriage to MayVis Hoffland at St. Mary’s. The couple was blessed with three children, Stacy, Brenda and Chad. Verlyn continued farming, and he raised sheep. He also worked as an insurance agent selling farm and property insurance. Verlyn always kept in tune with farming in Douglas County. He listened to farm reports and was up to date on commodities prices and farm values. Relationships were important to him. He could usually tell you who owned a farm in the area and the history of the previous owners. He was a walking encyclopedia of farming information about Lake Mary Township and the surrounding area.

Verlyn kept up on the daily news. He liked to be informed and was always educating himself on farming, stock markets, and current events. Verlyn was also involved in the community. He served on the Lake Mary Township board for many years. For over fifty years he served on the board of directors for Moe-Urness Lund Mutual Insurance. He was also a member of the American Legion.

Verlyn enjoyed setting up a large garden every year with his children. He enjoyed snowmobiling and loved dogs. Playing cards, especially Whist, was always fun for him and playing cards and games with his grandson was time well spent. Picnicking out in the field while harvesting crops was something Verlyn and his family looked forward to. He enjoyed reading books to his granddaughter while they sat together eating popcorn. Verlyn loved to spend time visiting with people. He always had news, insights or a piece of history to share. In his later years, he could often be found at Wal-Mart, patiently waiting for MayVis, and sharing his knowledge with friends who stopped to visit.

On Tuesday, September 29, 2020, Verlyn died at the age of eighty-eight years. He was preceded in death by his parents Jim and Mildred Bruzek, his sister and brother-in-law Elaine and Phillip Mullen, niece Mary Mullen, and nephew Dale Anderson. He was also preceded in death by his in-laws Holly and Ellen Hoffland, his brother-in-law Jim Howley, and his sister-in-law Carolyn Hoffland. Verlyn is survived by his loving wife of over fifty years, MayVis Bruzek of Alexandria; two daughters, Stacy Bruzek Banerjee and husband, Sandeepan Banerjee, of the San Francisco Bay Area and Brenda Jespersen and husband, Robert, of Alexandria; son, Chad Bruzek of Alexandria; two grandchildren, Sabrina Moske and Maitreya Banerjee; and niece, Anita Anderson. He is also survived by sister-in-law Ellen May Howley, brother-in-law Albert Hoffland and wife, Betty, brother-in-law, Joe Hoffland and wife, Michelle, brother-in-law, Harland Hoffland; sister-in-law, Pam Hoffland; many other nieces and nephews; and great-nieces and great-nephews.

The family would like to thank the doctors, nurses and staff at Alomere Health for caring for Verlyn during the last two weeks of his life.

A Mass of Christian Burial will be held at 10:30 AM Tuesday, October 6, 2020 at the Church of St. Mary in Alexandria. Reverend Father Steve Binsfeld will be the celebrant. Interment will be in the church cemetery. Visitation will be held from 4 to 8 PM Monday, October 5, at the Anderson Funeral Home. Masks, social distancing and building occupancy limits are required at the church and the funeral home. Live streaming of this service will be available at www.andersonfuneral.net Arrangements are with the Anderson Funeral Home and Crematory.

To order memorial trees or send flowers to the family in memory of Verlyn Bruzek, please visit our flower store.
Open