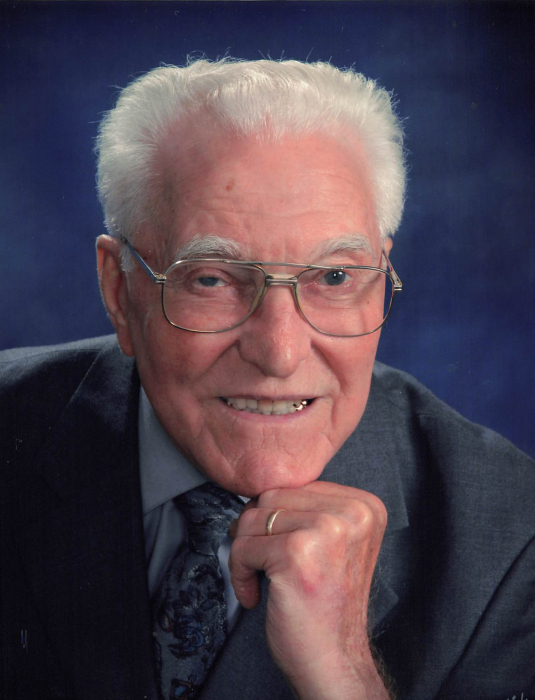 Valerius “Larry” Gasperlin was born on February 1, 1927, in Krain Township rural Albany the son of Michael and Barbara (Rademacher) Gasperlin.  He graduated from Albany High School in 1945 and immediately was drafted into the United States Navy.  Larry was Honorably Discharged in August 8, 1946 and upon returning to Minnesota he attended St. John’s University for two years and then graduated from Brown Institute as a telegrapher.

After graduation Valerius was united in marriage on October 8, 1949, to Rita Hanauska in Albany.  The couple moved to Alexandria in November of 1951.

He worked as a telegrapher for Great Northern Railroad which later became Burlington Northern.  In later years he worked as Depot Agent in Alexandria, Garfield, Brandon, Fergus Falls and Breckenridge.

Larry was very active in his community.  He was a member of the American Legion, Knights of Columbus and very involved in different committees at St. Mary’s Church.  He had a great sense of humor and a strong faith.

To order memorial trees or send flowers to the family in memory of Valerius Gasperlin, please visit our flower store.
Open