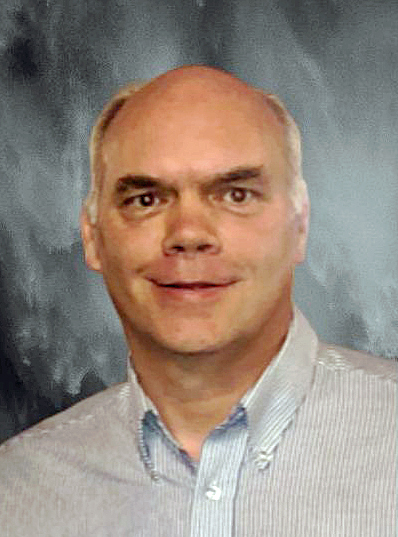 Trevor Wayne Ludwig, the son of Tommy and Doris (Medenwaldt) Ludwig, was born on November 3, 1966, in Alexandria, MN.  He was baptized on December 4, 1966, at Zion Lutheran Church in Alexandria.  He attended elementary school at Zion Lutheran from K-8th grade, Central Jr. High for 9th grade and then Jefferson High School, where he graduated with honors in 1985.  During Trevor’s high school career, he was a member of the football and track teams.  After graduation, Trevor joined the United States Navy and studied Hebrew.  He became a Hebrew linguist and was stationed at Fort Meade, Maryland where he was awarded the Defense Meritorious Service Medal.

In October of 1987, Trevor was united in marriage to Shelly Sternberg at Zion Lutheran Church.  They lived in Maryland, until moving back to Alexandria, where Trevor attended Alexandria Technical College.  He graduated with a degree in Accounting.  Trevor worked at Dairyland Computer in Glenwood, MN, as a staff accountant before becoming a business manager at Zion Lutheran Church and School.  After two years, Trevor took a position at Rural Cellular Corp/Verizon, as a finance manager.  After 14 years, Trevor began working at Toppan-Merrill as a Financial Reporting Manager.

Trevor was an active member of Zion Lutheran Church and School.  He coached basketball for many years and was a referee.  Trevor was a member of the Zion Lutheran school board, building committee, and mission council.  He was also an usher, taught Sunday School and enjoyed playing on the church Dartball league.

Sports were a big part of Trevor’s life.  He enjoyed golfing, watching all sports especially Alexandria Cardinal athletics and coaching his children in basketball.  Over the years, Trevor and his family hosted 36 baseball and hockey players from the Blizzard, Beetles/Blue Anchors, and Northstar teams.  He became a mentor, friend, and second father to many of them.

Trevor’s proudest moments in life were watching his children play sports.  He was always their #1 fan and loved to volunteer to be on the “Chain Gang” for football games, coach their youth sports, and help at track events so he could be closer to the action.  He enjoyed the holidays and liked to decorate the yard accordingly for that holiday, often going above and beyond for Halloween and Christmas. He loved spending time with his brothers, sisters, nieces, nephews, and cousins at family gatherings.  He will be remembered for his quick wit, caring and compassionate heart and the love he gave to his friends and entire family.

Trevor W. Ludwig, died on Monday, April 12, 2021 at his home, after a two-year battle with colorectal cancer at the age of 54 years old.  He is survived by his loving wife of 33 years, Shelly Ludwig; children, Brittany, Brett, and Bryce; brothers, Todd (Ena) Ludwig of Alexandria, Scott (Heather) Ludwig of Monticello, Jon (Corinna) of Augusta GA, and Chris (Kate) Ludwig of Osakis; sisters, Jodi (Troy) Becker of Vining, Jena (Mike) Huffington of Alexandria, and Kari (Cory) Brickweg of Alexandria; mother-in-law, Elaine Sternberg-Miller and her husband Orrin of Alexandria; brother-in-law Scott Sternberg of Alexandria; aunts, uncles, nieces, nephews, great nephew and cousins.  He was preceded in death by his parents, Tommy and Doris Ludwig; father-in-law Herman Sternberg; three uncles and one aunt.

A visitation will take place on Thursday, April 15, 2021 from 5-8 PM at the Anderson Funeral Home in Alexandria.

A Memorial Service will be held on Friday, April 16, 2021 at 11 AM at Zion Lutheran Church in Alexandria for all to attend.

This Memorial Service will also be live streamed from Trevor's obituary page on the Anderson Funeral Home website.

To order memorial trees or send flowers to the family in memory of Trevor Ludwig, please visit our flower store.
Open