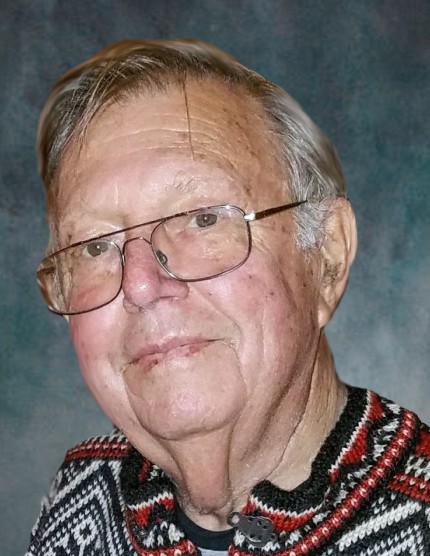 They settled in Marshall, MN in 1964, where Tom took a job with Stegner, Hendrickson and McNutt. There they began to raise their family. Erik was born in 1964, followed by Jon and Kirsten in 1967 and 1968. In 1978, Tom and his business partner Ron Halgerson bought out their old firm and started Group II Architects. Their firm flourished, eventually adding Paul Boerboom as a partner, and offices in Sioux Falls and Brookings. In 2002, Tom retired, and he and Jane moved to Alexandria.

In Marshall, Tom was involved with the Southwest State University Boosters, the Chamber of Commerce, the Marshall Golf Club and the Parks and Recreation Community Education Board.  After moving to Alexandria, he was active in Golden K and the Lake Darling Area Association. Tom enjoyed hunting, snow skiing, golfing, and lake living. Most of all, Tom loved spending time with his family and his faithful dogs Luv, Izzy, Dee, and Gracee.

Tom died on Saturday, December 22, 2018, at his home in Alexandria at the age of 82.  He is survived by his wife, Jane; sons, Erik (Suzanne) Osterberg of Brentwood, TN and Jon (Lori) Osterberg of Maple Grove, MN; daughter, Kirsten (Keith) Leimbach of Evergreen, CO; 7 grandchildren, Athen and Jakob Osterberg, Tyler and Oliva Osterberg, and Luke, Jack and Sofia Leimbach; sisters, Nancy (Osterberg) Schroeppel of Buffalo, MN and Marcy (Osterberg) Laabs of Stillwater, MN; and many nieces and nephews.  Tom is preceded in death by his parents, Tony and Pauline.

To order memorial trees or send flowers to the family in memory of Thomas Osterberg, please visit our flower store.
Open