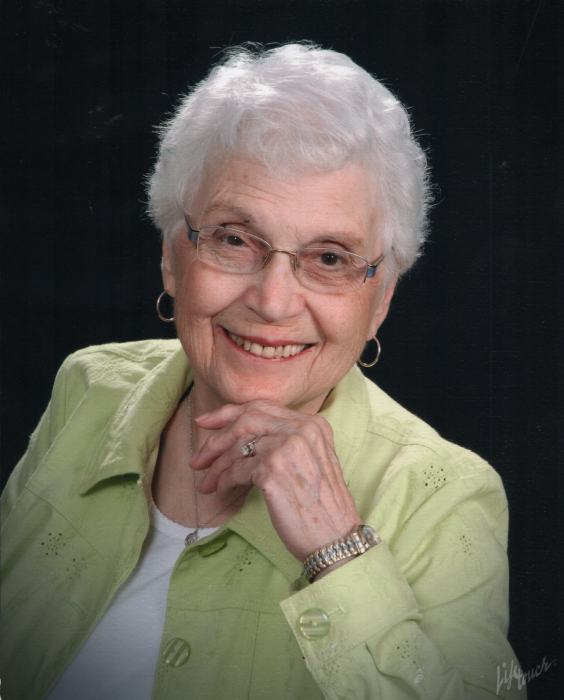 Theresa Mary Lanners was born on May 4, 1931, to John and Julia (Kelly) Ledermann. She died peacefully in her sleep on September 3, 2019, at the age of 88. She was preceded in death by her husband Robert, parents, stepmother Pauline (Otto) Ledermann, sister Elaine, and infant siblings Angela and Leo.

After graduating from Brandon High School in 1949, Theresa continued her education at St. Cloud Business School.  After earning her Associates degree, Theresa worked at the Douglas County Courthouse in Alexandria, and later at the bank in Brandon. When most of Theresa’s children were grown, she owned and operated her own gift shop in Brandon.

Theresa enjoyed baking, gardening, playing cards and traveling. However, her greatest love was being mom and grandma to her children and grandchildren.  The number of school events that Theresa attended to watch her kids and grandkids is innumerable. She was a Cub Scout leader and a Band Mother.  Theresa and Bob were eager to welcome their children’s friends at their home, always ready to throw pizzas into the oven to feed the masses.

Theresa displayed tremendous strength and resilience throughout her life. As a baby she lost her birth mom, who was forever the source of Theresa’s strong love for and connection with her Irish heritage. In her adolescent years, she endured four years of tuberculosis treatment at Glen Lake Sanatorium located west of Minneapolis.  Later in life, Theresa persevered despite many surgeries, a few accidents, and the death of her husband. Her strength has been a continuous source of inspiration to her children and grandchildren.

A Mass of Christian Burial will be held at 10:00 AM on Saturday, September 7, 2019, at St. Mary’s Catholic Church in Alexandria.  Visitation will be held from 5-8 PM with Parish Prayers at 5 PM on Friday, September 6, 2019, at the Anderson Funeral Home and for one hour prior to the service on Saturday.  Inurnment will take place at St. Ann’s Catholic Cemetery in Brandon.

In lieu of flowers, memorials are preferred to Hospice of Douglas County.

To order memorial trees or send flowers to the family in memory of Theresa Lanners, please visit our flower store.
Open