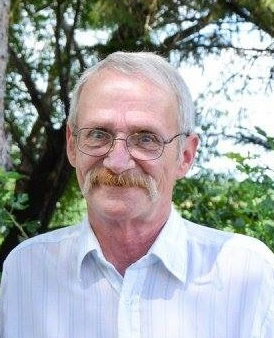 Terry Lynn Dillon was born on January 15, 1950 to Kenneth and Lois (Addams) Dillon in Algona, Iowa. Due to the nature of his father’s work, Terry lived in and saw a variety of places when he was growing up. After graduating from Gowrie High School, Terry spent ample time in his band, WEST MINIST’R, showcasing his talents as vocalist, keyboardist, and base player. Later in life he would be inducted into the Iowa Music Hall of Fame in Okoboji, Iowa—a true testament to his musical abilities. In 1969, Terry entered the U.S. Navy and served his country valiantly during the Vietnam War Era. After being honorably discharged from the service, Terry earned his associates degree in Fort Dodge, Iowa.

During a night out at Dunk’s Bar, Terry met Bonnie Pigman through a mutual friend while sitting at the bar with his grandmother. It was Terry’s grandma that convinced the young, blonde, beautician named Bonnie to go on a date with her grandson. The two were united in marriage on October 3, 1981 at the Methodist church in Lehigh, Iowa, and were blessed with a set of twins, Matt and Jamie. Together, Terry and Bonnie raised five children: Eric, Chris, Tracy, Matt, and Jamie. In 1985, Terry moved his family to Alexandria where he drove truck for WASP in Glenwood. In 1987, Terry then relocated his family to Garfield, where he resided for the rest of his life while working for Tires Associates, and eventually Alex Extrusion.

He finally retired from work life on May 30, 2018, and could then be found spending time with his kids and grandkids, fishing, and entertaining his family with his sarcastic wit and occasional bouts of stubbornness. Despite his sometimes ornery disposition, Terry was ultimately big-hearted and caring under his gruff exterior. His humor and musical talents will be missed greatly by his family.

On Wednesday, December 5, 2018 at the age of 68, Terry passed away surrounded by family at the St. Cloud Hospital. He is preceded in death by his parents; sister, Patty Dillon, and granddaughter, Kassie Dillon.

Visitation will be on Monday, December 10, 2018 from 4-8 PM at the Anderson Funeral Home. A memorial service with military honors will be held on Tuesday, December 11, 2018 at 2 PM at St. Luke’s Lutheran Church in Garfield with visitation one hour prior from 1-2 PM.

To order memorial trees or send flowers to the family in memory of Terry Dillon, please visit our flower store.
Open