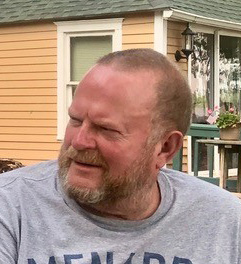 Steven "Steve" Jarvi, age 71, of Alexandria, died on Monday, March 21, 2022. Steve was born on January 18, 1951 in Duluth, Minnesota to Roy and Clarice (Lingren) Jarvi. He moved with his family to Thief River Falls, Minnesota in 1956, and then to Alexandria in 1962. He graduated from Jefferson High School in Alexandria with the class of 1969 and then attended college at the University of Minnesota–Morris. He obtained degrees in chemistry, biology, and gerontology while drumming weekends with many local bands throughout Minnesota. He was an exceptional drummer and musician.

He worked at many jobs throughout his life including asbestos removal, treating water at the ProGold plant in Wahpeton, home construction in Texas, the oil refinery in St. Paul, and he was a Burroughs technician in California. He viewed every job as an opportunity to learn new things. He exemplified being a “lifelong learner.”

Steve helped his friends and neighbors with remodeling projects, fix-it projects, and snow removal. He was always there to help and never accepted payment. He loved animals, especially dogs, and was a generous contributor to organizations that helped them.

At Steve’s request, no services will be held. A gathering time for friends and family will be held later this spring or summer.

To order memorial trees or send flowers to the family in memory of Steven Jarvi, please visit our flower store.