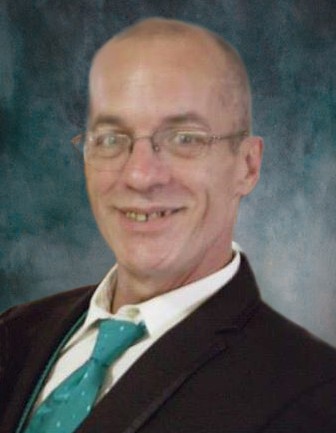 Steven Gerald Gardner, the son of Gerald and Kathleen (Kattre) Gardner, was born on December 10, 1962 in Baldwin, WI.  Steve grew up in Richmond, WI, until the 8th grade when his family moved to Hoffman, MN.  Steve graduated from Herman High School in 1981.  He had enlisted into the United States Army Reserve when he was sixteen and was discharged in 1985.  Steve married Jane Coleman on December 11, 1982 in Elbow Lake, MN at the United Lutheran Church.  They made their home in Elbow Lake and raised four children: Andria, Craig, Katie, and Eric.

Early on Steve, worked for his dad raising pigs and worked for area elevators, before becoming a mechanic at Cenex in Elbow Lake.  Steve then moved to Alexandria and began working at Walmart for a few years and then at the Super 8 Hotel in Alexandria where he was currently employed as the hotel manager.

Steve was a good, friendly and outgoing man.  He was easy to talk to and got along with just about everyone.  He worked hard during his life and liked to cook, bake, and tend to his garden.  He also enjoyed tinkering with mechanical things and a trip or two to the casino.  Steve’s most important part in life was his family.  He loved his parents, siblings, children and especially his grandchildren.  He will be missed by all who knew and loved him.

Steven G. Gardner died on Sunday, April 5, 2020 in his sleep at his home in Alexandria.  He is survived by his children, Andria (Jacob) Spranger of Elbow Lake, Craig (Megan Blomgren) Gardner of Eagle Bend, Katie (Jake) Hunter of Fergus Falls, and Eric Gardner of Wendell; five grandchildren, Penelope Gardner, Reid Gardner, Elijah Hunter, Delilah Gardner, and Gabriella Hunter; parents, Gerald and Kathleen Gardner of Herman; siblings, Vicki Hadler of Herman, Tammie (Perry) Coleman of Dent, and Tim Gardner of Herman; many nieces, nephews and cousins.  He was preceded in death by his grandparents.

A private family service will be held on Thursday, April 9, 2020 at the Anderson Funeral Home Chapel.  Interment will be later in the spring.

To order memorial trees or send flowers to the family in memory of Steven Gardner, please visit our flower store.