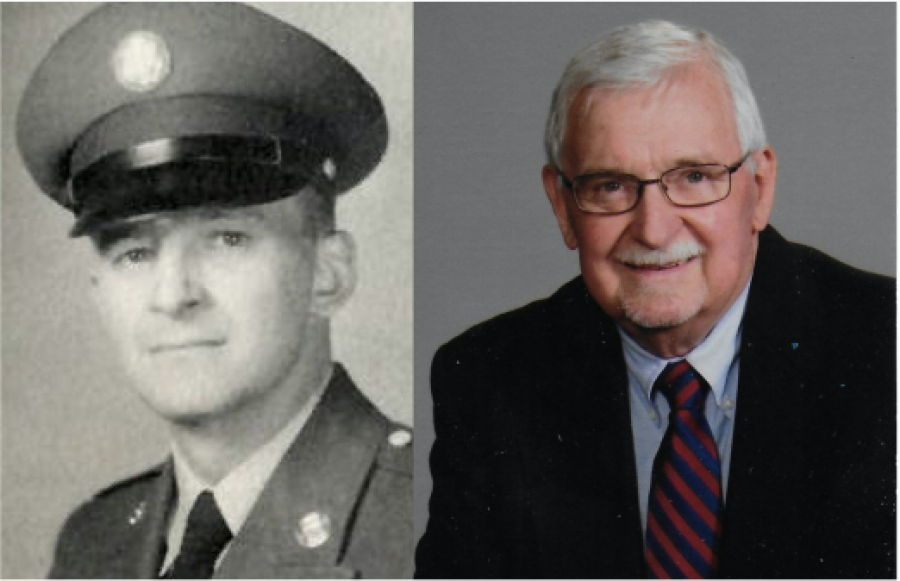 Stephen Iver Waller (81) of Alexandria passed away on October 1, 2020, surrounded by his family.

Steve was born on December 4, 1938 in Pelican Rapids, MN to Harold and Alice Waller. He grew up on a bucolic turkey farm with three sisters and still managed to love him some turkey dinners for the rest of his life. He was eminently popular, devilishly handsome, a straight A student, and quite possibly the best 5'9" basketball player of Norwegian heritage that the people of Pelican Rapids had ever seen. He attended the University of Minnesota for 4 glorious years until Uncle Sam drafted him in 1961. During his time in the army he fought the "battle of Fort Leonard Wood" in southern Missouri. After completing his military service, Steve attended Moorhead State University where he met the love of his life, Colleen Marie Blondeau. He was quickly welcomed into the Blondeau family, even though he "ate like a bird" according to Colleen's burly brothers.

Steve and Colleen were married on October 11, 1965. They promptly went duck hunting for their honeymoon, for which Colleen has been forever grateful.

After doing accounting work in Minneapolis for a few years, Steve and Colleen moved to Alexandria where they raised three boys and where Steve became a partner at the accounting firm Ness Waller Nygaard (later Ness Waller Pearson). He loved his work, his coworkers and his employees, and he retired in 2000 after finally solving all of the remaining accounting problems in the greater Lakes area. Steve was a member of every single fraternal organization and charitable community endeavor available to the public at large. He loved hunting, nature, golfing, reading, fishing for crappies, and extravagantly spoiling his grandchildren or any random children that happened to be nearby.

Steve was a world champion napper (he never had to set an alarm for his lunchtime naps, as his snoring was guaranteed to wake him at the appointed time). He was a social butterfly, and he cared deeply for his family and numerous friends. He spent countless hours checking in on his loved ones who were struggling or alone. He had a work ethic second to none, and he never uttered an unkind word about anyone (that we know of).

Steve was an eternal optimist. Even with numerous health setbacks in his later years, he never complained and always set his mind to improving. In fact, the only thing in life he ever seemed to complain about was the futility of Minnesota's sports teams. Life is good was his mantra. It was uttered at least once a day, sometimes more.

Although his politics were all wrong and we were somewhat disturbed that he couldn't grasp the humor in a single Far Side comic, we still loved him dearly. He was the best husband and father any of us could have ever asked for and he led a great life. We are proud of him and so thankful to have had him in our lives. We will miss him immensely.

Steve's family will be holding a private ceremony for immediate family members for now, but they look forward to having a celebration of his life this coming spring or summer for extended family and all of his friends when it is finally safe for everyone to gather together.

Stephen was preceded in death by his parents, Harold and Alice Waller, and his sister, Beverly French.

A private memorial service will be held October 8, 2020, at Church of St. Mary in Alexandria. Inurnment will be at St. Mary’s Cemetery.

To order memorial trees or send flowers to the family in memory of Stephen Waller, please visit our flower store.