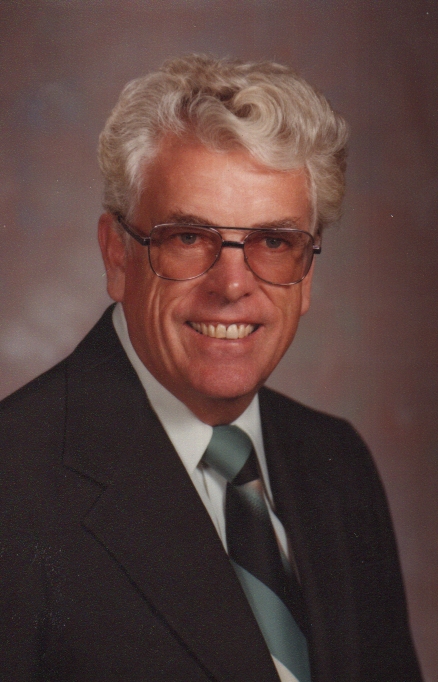 His family moved to Alexandria when he was four. Stan was confirmed at First English Lutheran church in Alexandria in August, 1939.

Stan graduated from Central High School in 1943. He enjoyed playing baseball, football, and was the co-captain of the basketball team. This team took 2nd place at state their senior year.

He graduated Friday evening, and Monday morning left for the Army Air Corps to pursue his training to become a pilot.

Stan married the love of his life, Marna Ann Johnson, on June 8th, 1948. They were fortunate to enjoy 60 years together, most of them at their home they built on Lake Le Homme Dieu.

They also shared a love of travel. Some of his many interests were hunting, fishing, model trains, lake life, and everything outdoors.

He spent most of his adult life working as an engineer for Williams Pipe Line, also serving as their union representative traveling frequently to meetings.

Stan was an active member of First Lutheran Church. He, along with his father, helped build the “new” church building on Douglas Street. He served as president of the congregation, and on the church council.

Stan was a loving husband, father and grandfather. They have two daughters: Leslie Ann (Robert) Larson, and Valerie Kay (Gary) Ebel, all of Alexandria, Mn.

To order memorial trees or send flowers to the family in memory of Stanley Max, please visit our flower store.