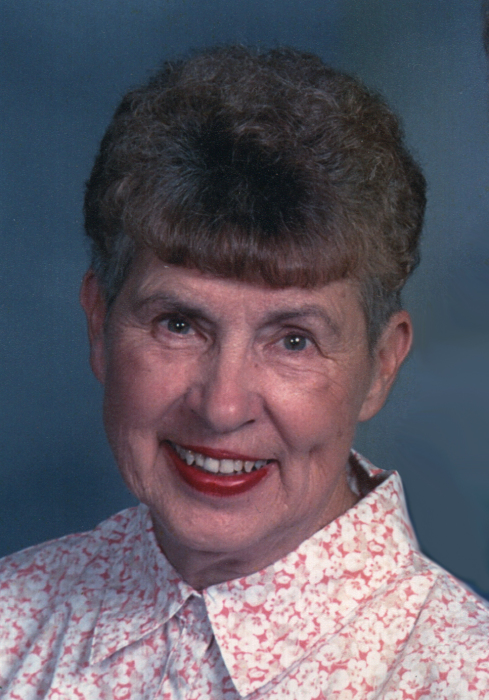 Shirley Ann Larson was born on November 23, 1935, in Minneapolis, Minnesota to Paul and Lucille (Lorenz) Dworakowski. Shirley grew up in Plymouth, Minnesota helping her parents on their vegetable truck farm and apple orchard.  She had a strong work ethic from an early age.

Shirley graduated with honors from Wayzata High School in 1953. She met Myron Larson soon after graduation when her friend set her up on a blind date. Shirley attended the University of Minnesota majoring in Elementary Education while she and Myron dated. Shortly after her graduation they eloped to the Little Brown Church in the Vail in Nashua, Iowa in December of 1957.

During their marriage they made their home in Lyndale, Watertown and Hamel, Minnesota. They were blessed with four children: Bob, Barb, Judy and Jeff.  In 1975, the family moved to a farm in rural Garfield where Myron and Shirley resided for 43 years.

Shirley taught school throughout their marriage.  During the last 20 years before retirement, she taught Title 1 in Brandon, Minnesota. She helped many children improve their math skills and learn to read. She was always happy to see her former students go on to do well in school and after graduation. Shirley encouraged further education to her students, children and grandchildren.

Shirley continued her love of gardening throughout her life.  The garden was always growing larger not smaller in size. She also enjoyed canning, sewing, reading and in later years spending time with her grandchildren and great-grandchildren.  She looked forward to the grandchildren’s events and was so proud of all their accomplishments.

Shirley was involved in many outside organizations including the Legion Auxiliary, Grace Lutheran Ladies Aid and Sunday School.

In 2018, Myron and Shirley moved to Alexandria, Minnesota when Shirley began to struggle with congestive heart failure. She had a fighting spirit and never gave up hope that she could beat her illness and live to see future family events. Her positive attitude was an inspiration to all.

Memorials are preferred to the family to start a scholarship in Shirley’s name for someone going into education.

To order memorial trees or send flowers to the family in memory of Shirley Larson, please visit our flower store.
Open