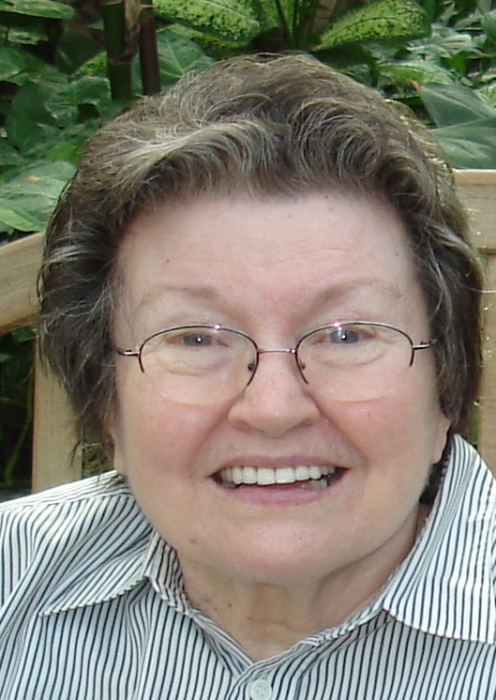 Sharon Olberding Edwards was born on September 25, 1935, in Tell City, Indiana, as the firstborn to August (Dinger) and Olga (Wittman) Olberding. Sharon grew up on “the hill", and attended Tell City High School, where she graduated in 1953. Sharon ran the house while both her parents worked at the Tell City Chair Company, where she later worked as part of the office staff.

Sharon was a 4-H member, which led her to meeting Eugene (Gene) Edwards, at the Perry County Fair, in the sheep barn. After 5 1/2 years of courtship, they were married on January 26, 1956, in Leopold, Indiana. They were married 51 years, until Gene's death in 2007. During their life together they raised three children.

Sharon, with her family, lived in four different states; Indiana, Ohio, Oregon and Minnesota, making many close friends. In 1971, Gene and Sharon were baptized and became members of the Congregation of Jehovah's Witnesses. Both were active in the Christian ministry and loyally attended congregation meetings. Sharon was a very spiritual person. Her favorite things were to read and have a good conversation. She will be remembered as a wonderful wife, mother, daughter, sister, grandma and friend.

She was preceded in death by her husband, Eugene, her parents, August and Olga, as well as her brother, Ronald.

Memorial service will be held on Saturday, March, 16, 2019, at the Anderson Funeral Home, in Alexandria, Minnesota. Services will begin at 3:00 PM, with visitation one hour prior. Burial will be at a later date at Greenwood Cemetary, in Tell City, Indiana.

To order memorial trees or send flowers to the family in memory of Sharon Edwards, please visit our flower store.
Open