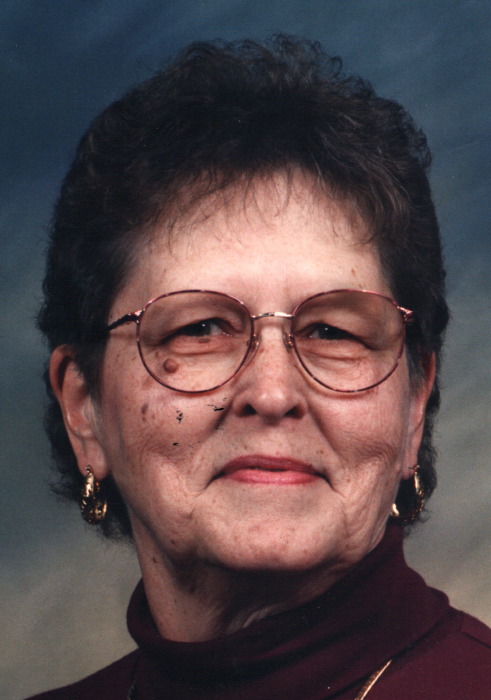 Ruth Ann Stockman was born July 25, 1933, in Plato, MN, the daughter of Alfred and Anne (Olson) Stockman. She was raised on the family farm near Plato and attended high school at Glencoe, MN where she graduated.

On November 2, 1952, Ruth was joined in marriage to Herbert Brelje in Plato at St Paul’s United Church of Christ. The couple made their home on the Brelje family farm near Glencoe. They were blessed with four children.

In addition to raising her family, Ruth worked alongside Herbert completing farm chores and field work. Herbert enjoyed fishing in the Alexandria area. In 1977, he and Ruth moved to Alexandria and purchased the Lake Andrew Resort. They owned and operated the resort for about fifteen years before selling it and moving into Alexandria. Following Herbert’s sudden death after the sale of the resort, Ruth lived in Alexandria. Ruth was a small-town person at heart; she moved to Parkers Prairie in the mid 2000’s because she liked the size of the town. She has lived at St. William’s Assisted Living for the last seven years.

Ruth enjoyed flower and vegetable gardening. She also enjoyed canning her produce. Ruth spent time doing cross-stitch, crocheting, sewing and quilting. In her earlier days she participated in league bowling. Ruth loved playing cards and getting together with friends for a card party.

A funeral service will be held at 2:30 PM Saturday, February 8, 2020, at the Zion Lutheran Church in Alexandria. Reverend Dennis Angland will officiate. Interment will follow in the Kinkead Cemetery. Visitation will be from 1:30 to 2:30 PM Saturday at the church.

To order memorial trees or send flowers to the family in memory of Ruth Brelje, please visit our flower store.
Open