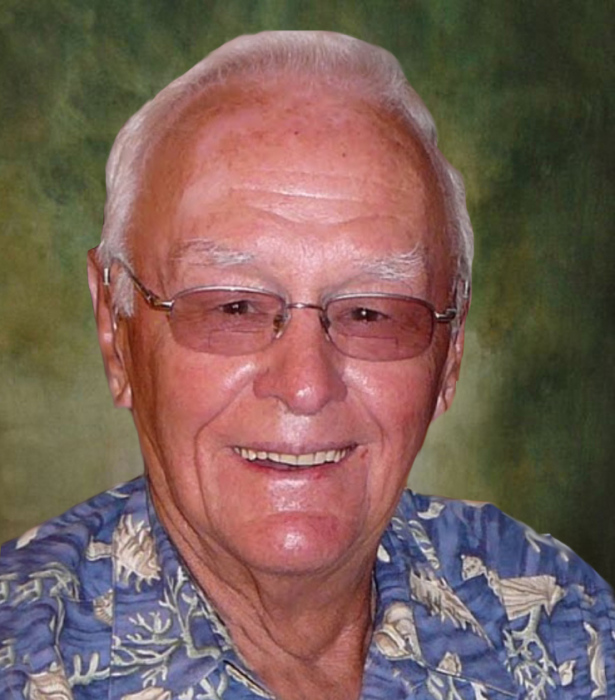 Russell Donald Schultz was born September 3, 1929 in Springfield, Minnesota to Emily (Wendler) and Edwin Schultz. He graduated from Springfield High School in May of 1947 and spent his first year out of high school working the family farm in Springfield. He then joined the Air Force and was sent to Wichita Falls, Texas. While home visiting, his cousin introduced him to his future wife and love of his life, Janice Carol Frederiksen, daughter of Hazel (Gilland) and Richard Frederiksen. They were married on June 17, 1952 and moved to Wichita Falls. Three months later, Russell was sent to Greenland for one year, the only location Janice was not allowed to accompany him. There was no phone service and Skype didn’t yet exist, so they corresponded by letter. After that year, they returned to Wichita Falls and Russell was discharged from the Air Force in the Fall of 1954. They moved back to Minnesota to farm. Their children Jeffrey Donald, Rebecca Carol, Heidi Kay and Kim Richard were born during that time. In 1964, the family made a move to Alexandria, Minnesota where they owned Bayview Resort on Lake LeHomme Dieu. Gregory Jay was born there. The resort was a family project that taught everyone to work hard, play hard, and learn social skills. In addition to running the resort, Russell acquired carpentry skills, where he excelled. He built the family two homes. The first home was at the resort, and it was sold in April of 1976, when Russell then built the second home on Lake Ida. Russell continued with his carpentry skills and remodeled and built homes, apartment buildings and commercial buildings. In 2006, Russell and Janice moved to their current home closer to Alexandria, a home easier to leave when they spent winters in Arizona.

Russell and Janice liked to make crafts; he was a whittler and worked with stained glass. Each grandchild received a stained glass cross when they were confirmed and a beautiful hope chest upon graduation. In addition to his woodwork, Russell drove truck and tour buses. He loved interaction with people; he would sit in the mall rotunda while Mom shopped and capture the life stories of those around him. His favorite trip every year was the fishing outing to Obabikon Bay in Canada with his sons, grandsons, and any friends who wanted to join them. The fish and the stories were great! He was always on call for home improvement projects with his wealth of knowledge. Russell loved his grandkids. He gave them 4 wheeler rides and took them fishing, skiing, and tubing. In the winter he would hook up the sled and pull them on the lake. He was also helpful in finding the latest batch of freshly baked cookies.

On Friday, July 12th, 2019, at the age of 89, Russell passed away at his home surrounded by family; he leaves a huge void in our lives. He is preceded in death by his wife, Janice Schultz, and his siblings, Betty Schmidt, Jeanine Walton, and Kenneth Schultz.

Visitation will be on Friday, July 19th, from 5-7 PM at the Anderson Funeral Home in Alexandria and continue on Saturday, July 20th at 10 AM at First Lutheran Church in Alexandria, followed by the funeral service at 11 AM. Interment will be in Kinkead Cemetery. In lieu of flowers, memorials can be made in Russell's memory to the American Cancer Society and Hospice of Douglas County.

To order memorial trees or send flowers to the family in memory of Russell Schultz, please visit our flower store.
Open