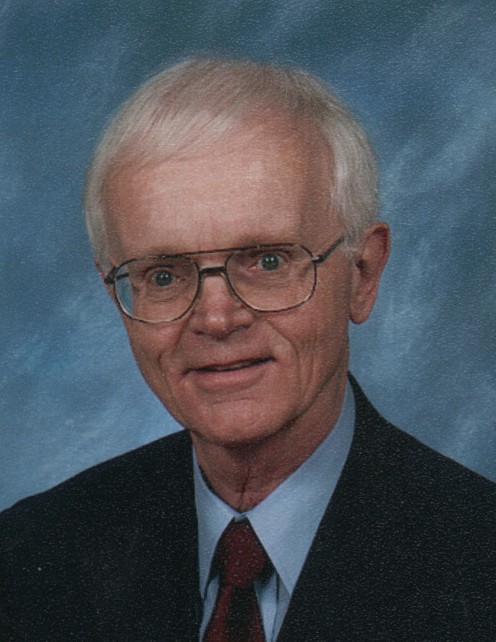 Russell D. Osterberg was born on October 31, 1936, in rural Watkins, MN to Gerhard and Selma Osterberg. He was baptized and confirmed at Ostmark Lutheran Church.  He graduated from Litchfield High School in 1953 and moved to Minneapolis to find a job.  He was not quite 17 when he worked in downtown office buildings doing jobs like mail delivery, typing, and microfilming.  After a few years, he continued his education at Lutheran Bible Institute, Augsburg College, and Northwestern Lutheran Theological Seminary, becoming ordained in 1967.

Russ married Ruth Hanson on May 29, 1965, at Diamond Lake Lutheran Church in Minneapolis and moved to Duluth where Russ completed his year of internship.  His first call to ministry was at Balaton, MN, where he served two churches, Sillerud and Trinity.  While there, the couple had two children, Kristen and Michael.  In 1971, they moved to Svea, MN, where Russ was pastor for 21 years.  In 1992, Russ and Ruth moved to Alexandria to fulfill his calling of chaplain at Knute Nelson Home, retiring in 2006.

He was a dedicated pastor, husband, father and grandfather. He enjoyed visiting with parishioners and nursing home residents, and always had time to listen.  He loved spending time with his family and friends.  He enjoyed concerts, bible studies and adult forums at church, Senior College, playing Rook and 5OO, and doing crossword puzzles.

Russ died on Monday, October 1, 2018, at Knute Nelson in Alexandria at the age of 81.  He is survived by his wife of 53 years, Ruth; daughter, Kristen (Matt) Tangen of Lincoln, NE, and son, Michael of Medina, MN; grandchildren, Joelle Tangen, Lauren Osterberg, Will Osterberg, and Andrew Tangen; brother-in-law, Ordell Ritter; sisters-in-law, Karen Osterberg and Crystal Osterberg; and many other cherished family members.  Russ was preceded in death by his parents, Gerhard and Selma Osterberg, his sister, Carol Ritter, and his brothers, Roger Osterberg and Doug Osterberg.

A Memorial Service will be held 11:00 AM on Friday, October 5, 2018, at First Lutheran Church in Alexandria.  Visitation will be held from 4-6 PM on Thursday, October 4, 2018, at the Anderson Funeral Home and for one hour prior to the service on Friday.

To order memorial trees or send flowers to the family in memory of Russell Osterberg, please visit our flower store.
Open