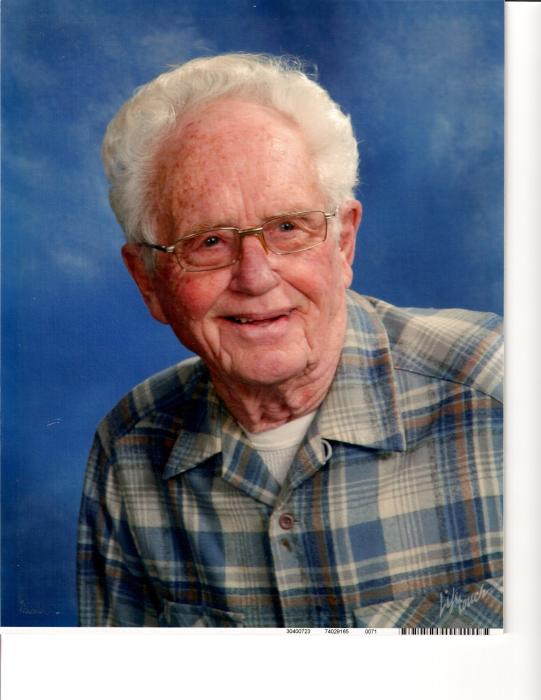 Ronald (Red) Saurdiff was born June 19, 1930, the son of Lawrence and Minnie (LeGore) Saurdiff in Warroad, MN. Growing up in the midst of the Great Depression, Red came from a humble home and beginnings.  Red grew up on the Warroad River where he learned to swim, fish, hunt, snowmobile and operate all varieties of boats. Red’s father, Lawrence Saurdiff, captained the SS Bert Steele for 52 years, bringing supplies, mail and people to many remote locations on Lake of the Woods.  Red and his brothers often accompanied their father on those trips and worked as crew on the boat and helped on the docks.

He graduated from Warroad High School where he had learned to play the trumpet.  He was quite accomplished and loved playing big band pieces. He assembled a band called “Red and the Rhythm Masters” which played many of the local establishments. He was on the high school football team and was active in leadership for the school. Like so many, he enlisted in the Navy from December of 1948 to December 1952.

Red served in the Navy and then the Merchant Marines as a Hospital Corpsman (medic) near the end of the Korean War.  He was stationed on a ship and traveled to France, Italy, and many other countries. In honor of his military service, Red’s name will be on the new Veteran’s Memorial being built here in Alexandria.

Red worked hard in college and set his sights on a career in Pharmacy.  During this time, met and fell in love with the love of his life, Beverly.  Beverly and Red where married September 7, 1955, and they celebrated their 50th wedding anniversary together before Beverly’s passing in 2007.  Red started his first job as a pharmacist in International Falls, MN, and within a year of marriage their first child, Teri, was born. Red and Bev wanted a big family and it was not long before they had their 4th child.  Red wanted to grow in his career since his family was growing. So he moved the family to Wahpeton, ND where Red owned and operated his own drug store, Miller Drug.  Soon, their 5th and last child was born.

While Red loved his work as a pharmacist and was very good at it, he did not enjoy the long hours away from his family brought on by owning his own drug store.  So Red took a new job as an employee pharmacist in Elkhart, Indiana. They missed the lakes of Minnesota too much and moved to Alexandria just a year later, where Red took a job at Baumbach Drug in downtown Alexandria.  He changed jobs once more to open the pharmacy in the new shopping mall there, Viking Plaza. Bev and Red planted their roots in Alexandria and became active members of the community.  Red loved his work so much; he became a relief pharmacist after he retired. He helped pharmacists all over the area and loved spending time in each community.

Red was a proud member of the Kiwanis Club, Toastmasters, and took on leadership roles for multiple organizations throughout the community. He was active with area Lakes Association. For years he monitored and reported the health of Lake Brophy.  He measured the water for clarity, sent samples in for regular health inspections and in general, with the help of his good friend and neighbor, Jim Beilke, they became a stewards and protectors of the natural beauty of Lake Brophy.  Nothing brought him more peace and serenity than either fishing or watching his lake.

During his semi-retirement, Red became an amazingly skilled wood worker.  He built multiple items for his neighbors, friends and family.  He also became a remarkable gardener and he turned gardening into neighborhood competition. He loved his neighbors dearly and enjoyed helping them out whenever needed.  In return, as his health declined, it was his neighbors who stepped in and worked the gardens, mowed the lawn, removed snow, and helped around his property. Red taught us all the true meaning of a being good neighbor.

Red would have celebrated his 48th year of sobriety on March 7.  He found his sobriety through Alcoholics Anonymous.  His sobriety meant everything to him, and he knew the best way he could maintain that was by giving back.  In his 48 active years in AA, Red sponsored and helped hundreds of other people get sober and remain sober.  He is known as the “AA legend” in Alexandria. But Red felt that he stayed sober because everyone of the people he helped, were actually helping him.

On Friday morning, March 6, 2020, Red passed peacefully at home, surrounded by his daughters, after getting one last view of his precious Lake Brophy. He is survived by his five children:  Teri Johnson of Alexandria, MN; Dr. James L. Saurdiff from International Falls, MN; Robert from Alexandria, MN; Nanci from Alexandria, MN; and Larry Preston from Greenwood Village, Colorado. He has seven grandchildren and fourteen great grandchildren.  He is also survived by his brother R. Dale Saurdiff of Seattle, WA.  Red is preceded in death by his parents, Lawrence and Minnie; his wife Beverly; and his brothers Glen and Byron.

A private family committal will be held Saturday, March 14th at St. Mary’s Cemetery in Alexandria.  A Celebration of Life Open House will be held from 1-4 PM at the Garfield City Hall and Community Center, 101 Stanstead Street East, Garfield, MN.

To order memorial trees or send flowers to the family in memory of Ronald "Red" Saurdiff, please visit our flower store.