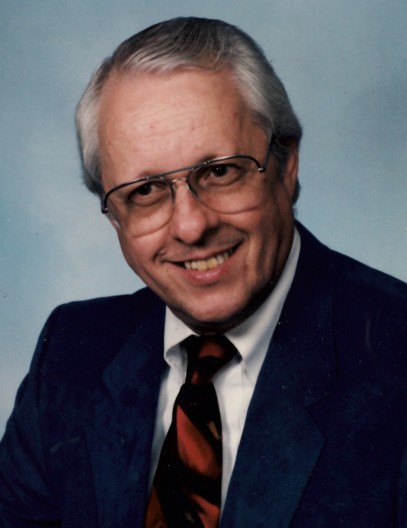 Ronald Hugh Fenelon was born on December 13, 1939, in Rockford, Illinois the son of James and Coila (Lucas) Fenelon.  His younger years were spent in Rockford. When he was a teenager the family moved to St. Louis, Missouri where he graduated from High School.  He furthered his education and received his Bachelor of Science Degree from the University of Arizona.

Ron started his career working for Deutsch Connectors as an Engineer and then for Ford Motor Company, Steiger Tractor, Glenwood Manufacturing, and Warner Electric.  He traveled extensively throughout the World.

On June 11, 1960, Ron was married to Linda E. Schuette.  To this union four sons were born: Geoffrey, Michael, David, Robert.  Ron was a wonderful teacher to his children – he loved teaching them about cars, was a Troop Master for the Boy Scouts and was instrumental in getting the first indoor Hockey Rink in West Fargo.  He was his sons’ best hockey fan.  He also had a love for aviation – Ron had his own plane for several years and enjoyed flying.  He enjoyed attending the EAA Air Venture in Oshkosh, Wisconsin checking out the different types of planes.

While working at Glenwood Manufacturing, Ron met Linda Heike Schroeder and the couple was united in marriage on January 18, 1986 at Glenwood Lutheran Church.  After their marriage the Fenelons moved to Rockford, Illinois.  The family enjoyed vacations back to the Alexandria area where they rented a cabin on Lake Andrew.  When Ron and Linda retired they returned to the Alexandria area and bought a home on Union Lake where they have lived since 2005.

Ron will be remembered as a family man who immersed himself in everything that he did.  He and Linda tried to make all the different events that the kids were involved in.  He was also very active in his community during his retirement years.  He was on the board for Let’s Go Fishing, Hudson Township Supervisor, and on the Sewer District Board.

He was preceded in death by his son, Robert in 2017; parents, brothers: Gerald, Kenneth (Duke).

Visitation will be held on Friday, February 4, 2022, 4:00 – 7:00 p.m. at the Anderson Funeral Home.  Visitation will continue on Saturday, February 5, 2022, 10:00 – 11:00 a.m. at Shalom Lutheran Church with a Memorial Service at 11:00 a.m.   In lieu of flowers, memorials are preferred to Let's Go Fishing Alexandria Chapter or to the Shalom Lutheran Church Building Fund. The service will be live streamed on our website for those unable to attend.

To order memorial trees or send flowers to the family in memory of Ronald Fenelon, please visit our flower store.
Open