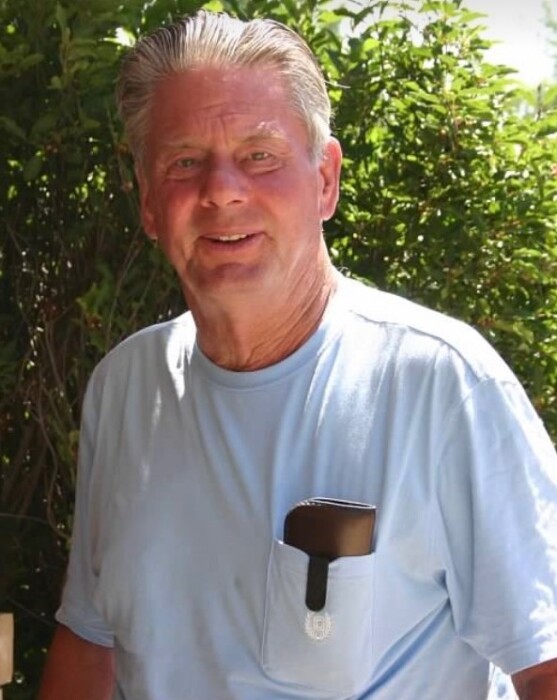 Ronald Duane Christensen was born October 28th, 1939 to Russel and Marcella Christensen
(Stempson) in Dawson, MN. Ron was a man of faith. He was baptized March 31st, 1940 and
confirmed April 26th, 1953 at Trinity Lutheran Church in Dawson, MN. On his confirmation cake
it was written: God bless your confirmation Ronnie. Best wishes for this happy day and
for the future too. May heaven smile upon you and life be good to you.

Life was good to him. Ron joined the National Guard in high school and served our country for
six years. Ron married his high school sweetheart Queen Doreen on November 12th, 1960.
Ron was a hard working man. He built a career in the lumber business. He was manager and
divisional manager for Great Plains Supply Company for several years. Ron also had his own
business of RD & J Dairy delivering milk & dairy products. He retired as a Sentence to Service
Crew Leader in Wilkin County, in Breckenridge, MN.

Ron and Doreen enjoyed their retirement in Mesa, AZ. For the first time in his life, Ron joined a
softball league at age of 68. It's never too late. They enjoyed happy hours, pickleball, and he
debuted in the theater as Zorro. His friends said it was the best $2 they ever spent!

Ron was also a community leader. He served on many committees in the cities Madison, MN,
Alexandria, MN, Brandon, SD. He held offices as church council president, president of Kiwanis,
he was a member of: the American Legion, Lion’s Club, Optimist Club, and Sertoma. Ron was
proud to be a volunteer firefighter for 15 years in Madison, MN. Ron also was a church lector
and usher throughout the various cities he lived in.

Ron treated his wife like royalty. He would always make sure she had a clean car with a full
tank of gas, oil changed, her luggage was carried, the house was vacuumed and everyone's
shoes were polished. Ron also made time for his children and grandchildren. He was there to
be a supportive fan, provide a listening ear, help with any project and he also told you how it
was good and bad.

Another great accomplishment in Ron’s life was getting his pilot license and co-owning his
Cessna N79284 airplane. Many family trips and adventures were made but make sure you were
quiet when Dad landed.

Ron’s hobbies were traveling, snowmobiling, camping, deer hunting, playing cards, reading a
good western book, cold beer with peanuts and boating. But just hang on tight when he took
you for a tube ride on Lake Carlos.

Ron had a long battle with Parkinson’s and it wasn’t easy on any of us but he was a fighter. He
also kept the Knute Nelson staff on their toes by trying to escape but they lovingly brought him
back.

Ron will be missed by many friends and family but we know he is at peace. We can only
imagine the celebration in heaven.

A Celebration of Ron's Life will take place on Monday, October 17, 2022, at 11 AM at New Life Christian Church in Alexandria.

A visitation will be held one hour prior to the service on Monday at the church.

Donations can be given to the Activity Department at Knute Nelson Care Center or the Michael J. Fox Foundation for Parkinsons.

To order memorial trees or send flowers to the family in memory of Ronald Christensen, please visit our flower store.
Christensen, Ronald.pdf
Open