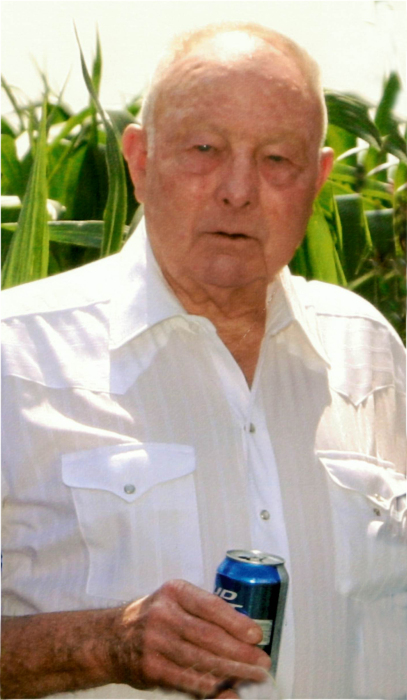 Roger John Hockert of Millerville, 88, passed away on Sunday, March 22, 2020. The son of Ferdinand and Louise (Revering) Hockert. Roger was born on November 20, 1931 and raised on their family farm. As a young man, he enjoyed farming with his Dad and helped his parents build the Shady Creek Resort in the late 1940’s.

In February of 1954 Roger was drafted into the United States Army and served his country in command and control, where he designed maps for officers to use as a device to locate planes. Roger was honorably discharged in February of 1956.

Upon his return from serving his country, he met Marjorie Nelson and the two of them were united in marriage on May 21, 1960 at St. Kevin’s Catholic Church in Minneapolis.  After their marriage, Roger and Marge purchased the family farm in Millerville Township where they raised their five children.

Roger had a great respect for the military, yet he was the type of person who did not enjoy being told what to do. While his experience in the military taught him the importance of structure and order, it also ignited in him a passion to become his own boss. As a result he started several farming operations which involved milking cows, raising cattle and pigs, leasing bulls and cows, while grain farming all the while. At one time he had one of the top DHIA milk herds in Douglas County.  In addition to farming, Roger owned and operated Hockert Implement which was primarily involved in used farm equipment and also automobile sales. He loved to travel to many auctions throughout the Upper Midwest States and developed great friendships with many farm equipment dealers.  Roger also had a passion for helping young farmers starting out, and always had a soft spot for helping farmers in need.

Roger loved his speed boat. He enjoyed taking his children, nieces, nephews, and resort kids waterskiing, many of whom he taught how to waterski. In his younger years, he enjoyed going for motorcycle rides and also fishing with his brother on the lake and in the creek. As a bit of a rebel in high school, fishing proved to be a valuable skill as he often would take his teachers fishing – and a limit of walleyes was exchanged for a passing grade. Roger also enjoyed traveling with his lovely wife Marge. They enjoyed  many years of trips to Las Vegas, day trips to Minnesota casinos, and an occasional week long getaway to Wisconsin and Illinois. While he had a passion for hard work, he also enjoyed hunting. This included introducing his daughters to duck hunting, deer hunting with his sons and years of memorable trips to Montana with his sons, sons-in law, nephews and friends. He was a member of the Knights of Columbus Council #1995 and the American Legion Post 527. He will be remembered as a generous, hard - working man who enjoyed telling jokes, flirting with the ladies, and pulling harmless pranks. He also enjoyed authentic conversations and always took the time to visit with family, grandkids, relatives and friends. Roger’s love for his family was unconditional, and it was important to him to provide advice and encouragement to his family. Above all, he was a man of strong faith and had a deep love for the Lord.  The Rosary was very important to Roger and his wife Marge. The two of them enjoyed praying the Rosary several times a day, also watching TV mass, and EWTN.

He was preceded in death by his son, Rick; parents, brother, Wilferd, and infant brother, Gerald.

To order memorial trees or send flowers to the family in memory of Roger Hockert, please visit our flower store.