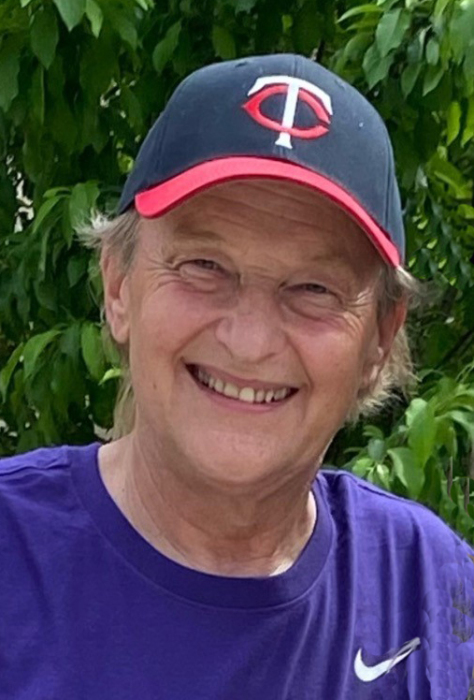 Robert “Bob” Lynn Hatlestad, age 68 of Alexandria, died peacefully on May 23, 2022 after a courageous 6½ year battle with cancer. He leaves a huge hole in the hearts of his family and friends who were always inspired by his infectious joy for life and uplifting spirit. He truly lit up any room he walked into.

Bob was loved by everyone who met him, a fantastic son, brother, father, teacher, coach, mentor and friend to all. No matter the circumstance, you were guaranteed a couple good laughs and to leave with a smile on your face thanks to Bob. His ability to always make someone feel better and to see the positive in all things was something so special.

Bob was born on January 17, 1954 to Robert Hatlestad and Marion Sanders in Westbrook, MN. He graduated from Glencoe High School in 1972. Bob completed his Bachelor’s degree with a double major in Art and Photography at the Minnesota State University of Moorhead.

He taught and coached in the towns of Slayton, Perham and Alexandria. Bob’s pride was in his students and athletes. He shared his passion for learning and sports with thousands of young adults over the years.

In 1972, Bob got his first teaching and coaching job in Slayton, MN. He taught K-12 art and coached volleyball for 6 years.

In 1983 Bob became the secondary art and photography teacher in Perham, MN. During his time in Perham he coached volleyball, baseball and softball. His volleyball teams were successful year after year. They were conference champions 10 years in a row, district champions 8 times, and made 7 state appearances. He also coached baseball in Perham and was a Park Region champion 4 years in a row. He was the first softball coach in Perham history. Bob was inducted into the Perham Hall of Fame in 2016.

In 1998 Bob moved to Alexandria, MN. While in Alexandria, he taught computer art and web design and coached volleyball and youth hockey. One of his many accomplishments while coaching Volleyball was going 32-0 and winning a State Title in1999. Bob was named Class 2AA Coach of the Year in 1999. He was conference champion 4 years in a row and remained undefeated in the conference all 4 years.

Bob loved all things Minnesota Wild, gardening, fantasy (football, hockey) leagues, spending time with friends and family, attending sporting events and above all else, being with his daughters. He is known for always wearing/carrying a purple or red bandana, and passing out lifesaver mints to all around him.  His nicknames included: Bob, Bobby, Hat, Hatmandu and Hatty.

A Celebration to Honor and Remember the life of Bob will take place on Wednesday, June 1, 2022 at the Broadway Ballroom in Alexandria beginning with a reception at 4:30 PM to gather and reminisce followed by a time of sharing beginning at 5:30 PM.

If you wish to make a donation in honor of Bob, please donate to the Oncology Department of Alomere Health, Alexandria, MN.

To order memorial trees or send flowers to the family in memory of Robert "Bob" Hatlestad, please visit our flower store.