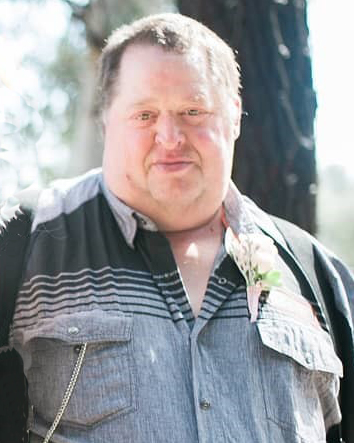 Robert Edward Richardson, son of Robert Earl and Marion Rose (Schmidt) RIchardson, was born on November 19, 1958 in St. Paul, MN.  Bob attended St. Paul Johnson High School and graduated class of 1976.  Shortly thereafter, Bob made his way up to the Alexandria area where he has been ever since.  Bob has been involved in auto mechanics and the auto industry for the majority of his life, and was most recently employed at Alexandria Motors for the last 2 decades.

Bob grew up with a love for racing.  He spent countless hours over the years at Viking Speedway in Alexandria.  He was involved in all aspects: from racer, to crew member, tow truck driver, and even flag man at the neighboring go kart track.  His racing career highlight came in 1990 after winning the Sportsman Class Championship.

Although racing was a passion for Bob, his family was the most important part of his life.  Bob raised three wonderful children; Shari, Jeff, and Jenna.  He loved taking family trips to Duluth to watch the ships come and go from Lake Superior.  However, spending time at the family’s cabin on Lake Miltona was probably his favorite activity.  Whether it included fishing, grilling some top-notch ribs, reffing volleyball games, or watching his grandchildren play, he always had a good time.  Perhaps his favorite activity there was to give “little brother Mike” a hard time with his friendly banter.  Those two going back and forth was often the highlight of the weekends, and will be just one of the many things the family will miss the most.

Bob married Lisa Morrow on June 16, 2012 with friends and family present at their home.  Together they lived near Evansville and enjoyed watching Nascar races, Viking games, old John Wayne westerns and shows like MASH or Hogan’s Heros.  If Lisa was lucky enough to get the remote, maybe some HGTV.  Bob loved to laugh, and loved to make people laugh.  He had a contagious laughter that will live on in our hearts and memories forever.  It wasn’t a normal night at the house if Bob wasn’t giving his wife Lisa a hard time, playing the friendly game of banter they, each loved.

Robert was preceded in death by his parents; brother, Edward Richardson; and sister, Darlene Richardson.

A celebration of Robert’s life will take place on Saturday, November 17, 2018 beginning with a visitation from 2-4 PM followed by a Service of Celebration beginning at 4 PM at the Anderson Funeral Home Chapel in Alexandria.

Arrangements are with Anderson Funeral Home in Alexandria.  www.andersonfuneral.net

To order memorial trees or send flowers to the family in memory of Robert Richardson, please visit our flower store.
Open