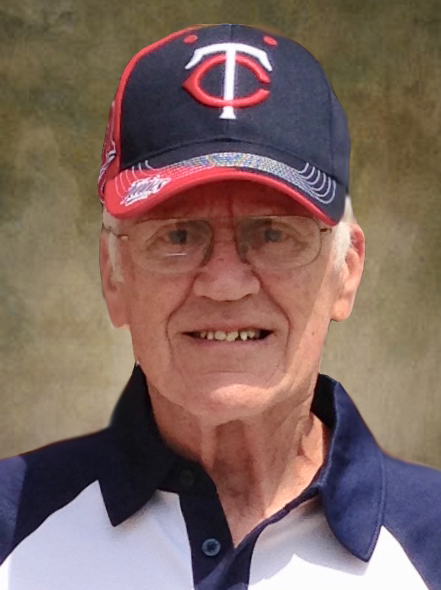 Robert Irving Bordeaux was born July 14, 1931, in Springfield, MA, the son of Louis and Jenny (Votava) Bordeaux. He was raised in Springfield where he graduated high school.

Robert enlisted in the United States Air Force where he served at a weather station in Iceland. He was later transferred to Offutt Air Force Base in Nebraska. While serving there he met Betty Baar. On October 18, 1952, Robert and Betty were united in marriage. Shortly afterwards he received his discharge from the Air Force.

Robert and Betty made their home in Omaha, NE where they were blessed with three children. Robert took a job as an engineering draftsman for the Omaha Public Power District. He worked for the power company for the next twenty-five years.

Robert loved fishing in Minnesota and moved to Battle Lake, MN in 1974. He began work for the City of Fergus Falls as a draftsman. After about eighteen years with the city, Robert retired at age sixty-two. While living in Battle Lake he served on the city council.

He and Betty moved back and forth from Battle Lake to Alexandria, MN. They moved to Alexandria permanently in 2012. For the last two- and one-half years they have been residents at Grand Arbor in Alexandria.

In addition to his love of fishing, Robert also kept fit and active playing volleyball. He enjoyed watching football; he was a Vikings fan, but the team he loved rooting for were his Nebraska Cornhuskers. He also liked discussing the latest car releases, and going to the casinos.  Robert found special joy in the time he spent with his grandchildren, and great grandchildren.

On Wednesday, December 12, 2018, Robert died at the age of eighty-seven years. He is survived by his wife, Betty Bordeaux of Alexandria; two sons, Robert L. Bordeaux and wife, Heidi, of Forada, MN and Raymond Bordeaux of Palm Springs, CA; one daughter, Annette Hochstein and husband, Richard, of Battle Lake; grandchildren, Christopher Bordeaux, Anthony Bordeaux and wife, Amanda, and Robert A. Bordeaux, Aimee Keller and husband, Terrence, Taylor Hochstein and wife, Megan, Claire Hochstein and fiancée, Nick Bujalski, Adrianna Muller and husband, Jason; and six great grandchildren. Robert is preceded in death by his parents; one brother; and a great-granddaughter, Maci Jean Bordeaux.

A private family service will be held Saturday, December 22, 2018.

To order memorial trees or send flowers to the family in memory of Robert Bordeaux, please visit our flower store.