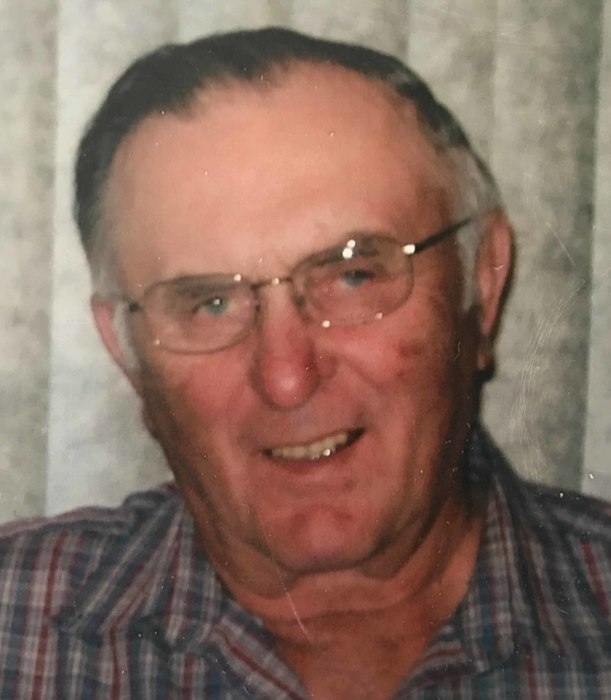 Richard John Koudela was born on January 25, 1927 in Lake Mary Township to the parent of Henry and Christine (Kalina) Koudela.  He attended country school through 8th grade, worked on the family farm until he joined the Army- Company B, 123d Infantry in 1953 where he received his GED.

On September 18th, 1956, Richard was united in marriage to Carolyn Winther at St. John Nepomuk Catholic Church.  To this union the couple was blessed with six children. The couple had a dairy farm together where he raised Holsteins, pigs, ducks, turkeys and chickens.  He enjoyed taking his wife out to weekend polka dances at the Lakeside or Algon Ballroom and even traveled to Gibbon for the polka festival. It was not uncommon for him to dance the polka in the barn with his kids during milking or around the kitchen table after dinner.  He enjoyed hunting, fishing, playing softball, volleyball, badminton, or anti I over games with his children. He was on a pool league for 30 plus years in Nelson where he enjoyed laughing and joking around and also at the Senior Center. He was on the country school board for Lake Mary Township. Was a member of the Lowry American Legion for 60 plus years.  He loved playing cards and when his kids, grandchildren, great- grandchildren stopped over they would enjoy a game of cards like Thirty-one, Nickels, Whist, or Shit on your neighbor. Enjoyed visiting with all of his cousins and listening to polka music on tv.

To order memorial trees or send flowers to the family in memory of Richard Koudela, please visit our flower store.
Open