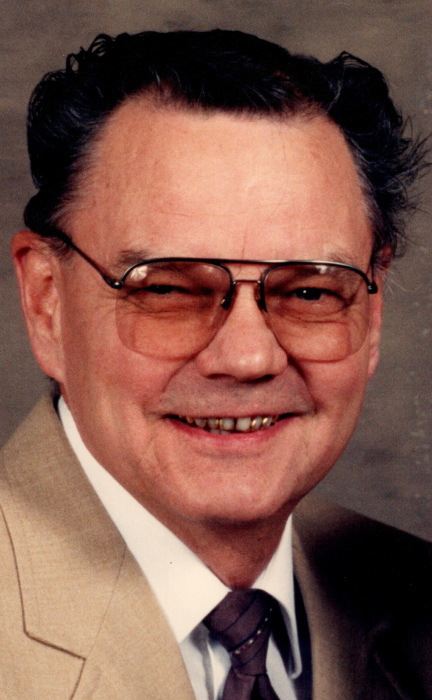 Dick was born May 22, 1931 in Fergus Falls, MN the youngest son of Marvin and Mabel (Larson) Howe.

He grew up in Evansville graduating from Evansville High School and attended the University of Minnesota for a short time before entering the US Air Force early on during the Korean War. He was medically discharged after an injury and returned to Minnesota where he met and married Arlene Selander in 1954. They lived and started a family in Alexandria where he worked in civil engineering and land surveying before qualifying as a Registered Land Surveyor and starting his own practice. The last few years of his career were spent serving as the Douglas County Land Surveyor.

Along with his wife and the help of his sons, he eventually built, lived and retired in a lake home on Lobster Lake where they spent over 30 years. He was an avid hunter, fisherman, woodworker, entrepreneur and operated a tree farm along with his brother Leo. Both he and Arlene attended St. Petri Lutheran church regularly.

He is preceded in death by his parents, wife and siblings Norman, Gordon, Leo and Evonne.

He is survived by; sons, Gary (Lisa) of Stillwater, MN and Glenn (Julie) of Garfield, MN; brother and sister-in-law Harlan and Carol Selander of Waconia, MN; grandsons, Stephen (Joshua) of St. Paul, MN, Seth (Columbine) of Bend, OR; as well as numerous nieces, nephews and their families.

A remembrance gathering will be held on August 23, 2019 at Anderson Funeral Home from 3:00-5:00 pm followed by burial of ashes at Mound Grove Cemetery in Evansville. All family members and friends are invited to brings their thoughts and memories of Dick to celebrate his well lived life.

Arrangements are with the Anderson Funeral Home and Crematory.

To order memorial trees or send flowers to the family in memory of Richard Howe, please visit our flower store.
Open