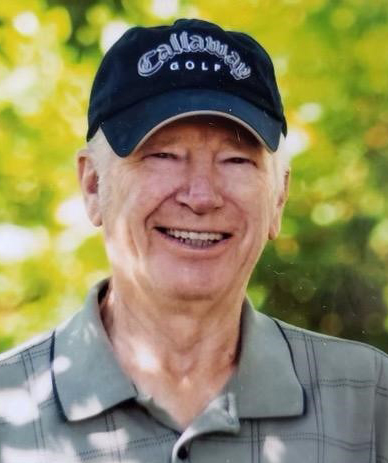 Born in Montevideo MN on September 7th 1939 to Hazel and Alfred Enstad.
Dick went to be with the Lord on March 15, 2021 at the age of 81
Graduated from Granite Falls HS in 1957 where he played basketball, football, baseball and track.
He entered the army in February 1958 and spent 2 years in Germany.
In 1970 Dick and Shirley bought the Dairy Queen in Le Sueur Minnesota.
In 1979 Dick entered into commercial real estate.
Dick and Shirley moved to Alexandria Minnesota in 1992
He worked in commercial real estate until he retired in 2005.
Dick played golf at Arrowwood golf course where he had great times with his many golfing friends and family. His best day on the course included a hole in one.
Dick also enjoyed many special times with his wife Shirley, his 5 children, 6 grandchildren and 9 great grandchildren. Their favorite activities were fishing, boating and having fun at the lake.
Funeral services are pending at Shalom Lutheran Church until later this spring.

To order memorial trees or send flowers to the family in memory of Richard Enstad, please visit our flower store.