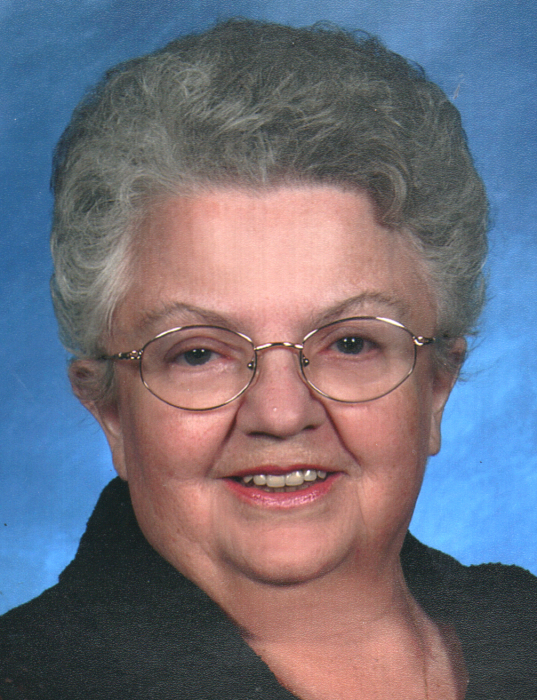 Renée Joanne Howard was born November 29, 1934, in Fargo, ND, the daughter of Joseph Malfried (Johnson) Howard. At a young age her family moved to Fergus Falls, and later to Minneapolis where she attended school. Following school, Renée began working as a nursing assistant at the U of M hospital. She also worked at the Sister Kenny Institute helping to care for Polio victims.

On September 13, 1958, Renée was united in marriage to Earl Vanderheiden. The couple made their home in Richfield, MN and were blessed with four children. Thirty years later, they split their time between Minnesota, Wisconsin and Casa Grande, AZ for the winters. Recently they moved to Alexandra, MN to be close with family.

Renée loved children; she worked as a foster parent taking care of 30-40 kids and ran an at home licensed daycare. Renée volunteered her time to Boy Scouts, Girl Scouts and the Bluebirds. Later in life, Earl and Renée sponsored three kids from Guatemala. Throughout it all one of her greatest joys were loving up on her grandkids and great grandkids.

Renée and Earl had a strong love and passion for their church. They volunteered often creating Rosaries, participating in activities and filling in wherever they were asked. They were also members of the Third Order of Saint Francis, which they took great pride in.

Renée was known for her love of art, music, sports, and food. She was remembered for her bright, happy personality and absolutely contagious laugh. She brought joy to anyone that knew her.

The greatest accomplishment for Renée, was the love she shared with her husband, Earl. Married for over sixty years, they were inseparable. Their dedication to one another was their greatest blessing and that of which dreams are made of.

A Memorial Mass will be held at 11 AM Friday, March 8, 2019, at the Church of St. Mary in Alexandria. Visitation will be from 10 to 11 AM Friday at the church. Interment in Fort Snelling National Cemetery will be at a later date. In lieu of flowers, memorials are preferred to the Veterans of Foreign Wars Post 936.

To order memorial trees or send flowers to the family in memory of Renée Vanderheiden, please visit our flower store.
Open