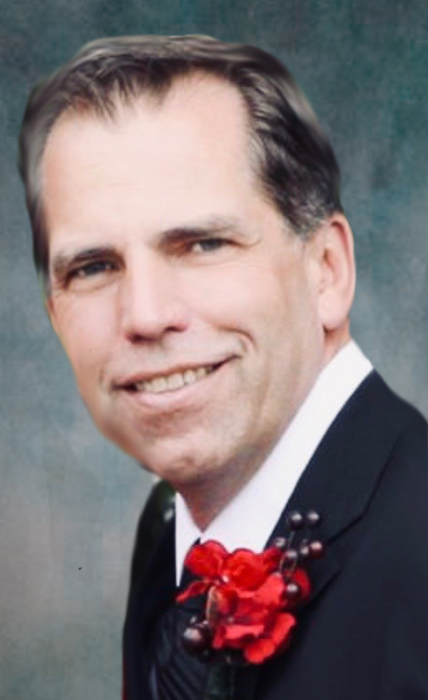 Randy Kent Thoen passed away on October 31, 2019, while vacationing in Kauai. He was born on March 31, 1958, to Arnold (Bud) and Patricia Thoen in Minneapolis, Minnesota, the second of two children.  He had an older sister Candy, whom he loved and nicknamed "Beak".  In 1964, the Thoen family moved to Alexandria, Minnesota.  Randy graduated from Jefferson High School in 1976 and from Alexandria Technical College in 1978 for Mechanical Drafting. When he was 19, Randy met Melody Lundblad at church. Randy and Melody got married on August 6, 1983 at Lake Geneva Bible Camp in Alexandria.

Randy and Melody had three beautiful daughters whom he adored. The joy of his life was his four girls. In a heartbeat, Randy would drop anything he was doing to help his girls.

Randy went to work for Douglas Machine Corporation in 1974, a company his father started, and where he spent his entire career.  Randy held positions of Engineer, Supervisor, Project Application Specialist, Project Application Engineering Manager, and Senior Application Specialist.  He was very involved in the development of new concepts and designs.  An associate said that Randy's fingerprints were on the vast majority of the projects shipped by Douglas Machine over the last 44 years.  He retired in January 2019, and continued working part-time as a consultant for Douglas Machine. He was well-respected and valued by his co-workers.

He was a dedicated Christian and his love for Christ influenced everything he did. He grew up in the Assembly of God Church singing in the choir, a leader in Royal Rangers, and serving on the deacon board. Randy lead his family to New Testament Church where he served as chairman at New Testament Christian School for 10 years. He enjoyed drawing plans for the building committee. His love language was acts of service.

Randy enjoyed many hobbies.  He liked to work with his dad as a youngster, and learned about machines.  Randy and Bud built Soap Box Derby cars and go-carts together which Randy raced.  As a young man, Randy built a Bradley car from scratch.  Randy even had the opportunity to be in the pit for his nephew’s Enduro racing, which Randy loved. He enjoyed car racing and attended many Nascar races.  With his passion for racing he never missed out on a good go-cart race. For 10 years he was president of the Alexandria model train club and built a large display in his basement. His love of water led him to participate in a water ski club.

Designing, building, and remodeling houses was another favorite hobby of Randy's.  He completed four houses of his own and several other projects for family and friends. There was no challenge too big for Randy. Melody often called him “Handy Randy.” One of his last projects at home was constructing a large pool which he got to see his grandkids enjoy.

Randy loved to travel, especially to warmer climates during the cold Minnesota winters.  He really enjoyed spending time on the beach building sand sculptures, snorkeling, scuba diving, hunting for shark teeth and swimming with his girls. He often traveled to Florida to spend with his mom and sister.  His favorite beaches were in Hawaii.

Randy Thoen had a reservation and went to a better place. Randy would say, “Enjoy your life and make peace with God.” On behalf of his family, we thank you for your love and prayers. We want you to know that Jesus Christ really loves you.

In honor of Randy and his love of Hawaii, everyone is invited to wear Hawaiian attire to the funeral.

To order memorial trees or send flowers to the family in memory of Randy Thoen, please visit our flower store.