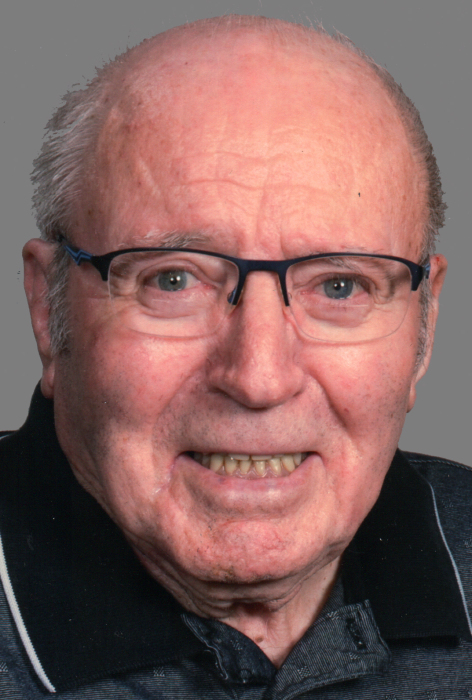 Ralph Frank Theodore Ziegelman of Alexandria, Minnesota and formerly of Brandon died October 14, 2020, at the age of 93 at Alex Assisted Living, Alexandria, MN.

Ralph was born November 28, 1926, in Garfield, MN to Herbert and Clara (Bohn) Ziegelman. He grew up in Garfield and went to school in Garfield and Alexandria. He entered the Army in 1945 and served for one year. Ralph married Audrey Howe on April 9, 1946. They lived in Minneapolis, Elbow Lake, Garfield and Brandon while Ralph built his business into Ralph’s Electric. They had two boys, Mike and Tom. They built a house and moved to Lake Ida in 1975. Ralph and Audrey enjoyed traveling with a camper to warmer climates in the winters.  Ralph married Marcene Kaul in 1999. Ralph moved to Alex Assisted Living in September of 2017.

Ralph enjoyed spending time with family, visiting with friends and happy hours with neighbors. He liked telling stories and always had a joke to tell. He enjoyed watching sports and “old-time” TV shows, playing solitaire on the computer and bingo at the Care Campus. He liked baking cookies and especially eating them. He drove to Garfield to have coffee with the guys most every weekday morning for a few years. The staff at Cenex took good care of him as his mobility decreased. He was a lifelong faithful member of St. John’s Lutheran Church in Garfield. He will be missed by many in the area.

A private service to be held Tuesday, October 20, 2020, in Garfield, MN at St. John Lutheran Church with Rev. Jeffrey Ross officiating.  Honorary Pallbearers were his grandchildren. The service will be live streamed 2:00 PM on Tuesday, October 20, 2020, on the funeral home’s website. Interment was at St. John's Lutheran Cemetery in Garfield. Military Honors were provided by the Alexandria Veterans Memorial Unit and the Minnesota National Honor Guard.

To order memorial trees or send flowers to the family in memory of Ralph Ziegelman, please visit our flower store.
Open