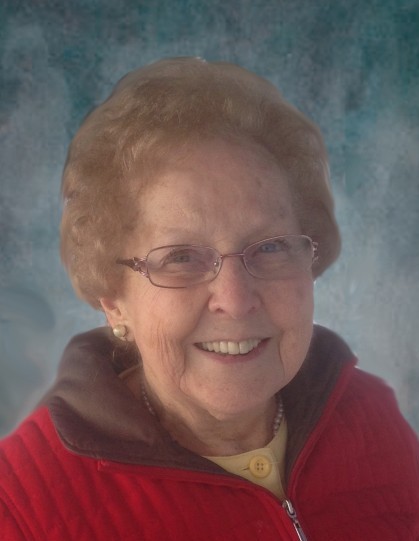 Rachel D. (Shipman) Fremling was born on February 14, 1932, in Little Falls to Charles and Esther (Larson) Shipman.  Shortly after Rachel was born, the family moved to Brainerd.  She was raised in the Brainerd area where she met her husband, Howard in 1946.  They were married in 1949.

The couple lived in Brainerd where Rachel and Howard were blessed with a daughter, Karen, and son, David.  After moving to Alexandria their family continued to be blessed with daughters, Becky and Brenda.  Rachel loved being a homemaker and mother.

Rachel worked alongside Howard owning numerous businesses throughout the years.  In 1966, they started in the oil business, and in 1974, they formed Howie’s Oil Inc., which they successfully ran until 1997.  In 1981, they bought Freeway 66 and built that business up.  Rachel was a very faithful and loyal person and had a strong faith in God.  She had a great sense of humor and was a lot of fun.  Rachel was very generous with her time and money.

Rachel had many hobbies which included cooking and baking, fishing, watching the Minnesota Twins and being with her many friends.  She loved America and was very patriotic.  Rachel’s family was everything to her.  She enjoyed being with her youngest sister, Edie and owned cabins side by side on Lake Miltona where many memories were made.  Rachel loved her grandchildren, going to their sporting events, playing games, and enjoyed taking them to Noonan’s Park to feed the ducks.  She also loved playing cards with her family and friends.

A Funeral Service will be held 11:00 AM on Wednesday, June 23, 2021, at Cornerstone Church in Alexandria.  Visitation will be held for one hour prior to the service at the church.  Interment will take place at Kinkead Cemetery in Alexandria.

A live stream and recording of the service will be available 11:00 AM on Wednesday, June 23, 2021, on the funeral home website.

To order memorial trees or send flowers to the family in memory of Rachel Fremling, please visit our flower store.
Open