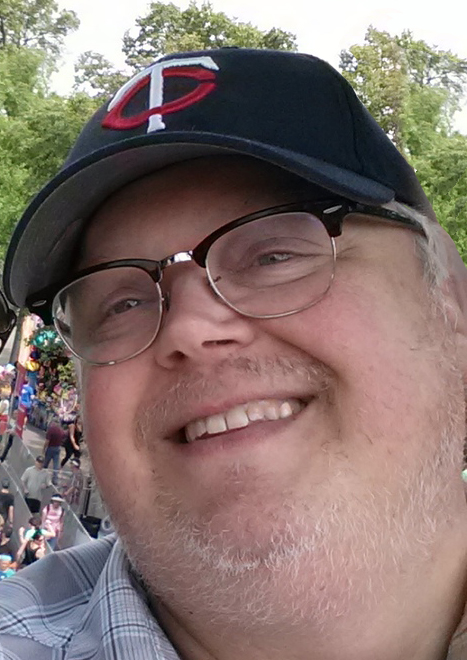 On February 15, 2022, our dear son, brother, father and uncle, Peter Lewis Mohawk, age 56 returned to our Heavenly Father. Born on June 21, 1965 in St. Cloud, MN to Lewis and Patricia (Stoeckel) Mohawk. Peter was a graduate of Apollo High School, St. Cloud, MN. Peter attended St. Cloud University for one year and then went on to serve his country in the Air Force for four years as an MP. He then went on to attend the Area Vocational Technical Institute of St. Cloud where he attained a degree in Computer Science, which led to a 25 year career in Computer Programing. Most recently, Peter became a long-haul trucker.

Peter had a passion for history and truly loved traveling throughout the United States. In high school, Peter was on the swim team where he excelled in several events, earning his place on the high school record board, even to this day. One of Peter’s first loves was music. He was proficient on the guitar and could play piano by ear as well as being a gifted singer. He loved many artists like The Bee Gees, ELO, The Cars, Gordon Lightfoot, Buddy Holly and Elton John. The Beatles being his favorite.

Peter was funny, generous, kind, and tender hearted. He was always willing to offer his musical gifts to anyone who asked. Peter’s creative spirit expressed itself in diverse disciplines including: music, interior, and architectural design and cooking. He also had a strong passion for computers and learned how to build them from scratch and even programmed his own computer games. Peter had a strong connection with animals and especially loved his many dogs and cats throughout the years.

In 1992 Peter married Jennifer Knese. They were blessed with two beautiful daughters: Carolyn Patricia Mohawk and Crystal Jennifer Mohawk of St. Paul, MN. In 2006 Peter married Catherine Gravenstein and was honored to welcome stepson Lukas Gravenstein into the Mohawk family. Peter was a devoted husband and father. Loyal to all. He was a member of the Brotherton Indian Nation of Wisconsin.

Preceding him in death were his grandparents: Lewis and Alyce Mohawk and Harold and Ina Stoeckel; nephew: Rylan Saez; and his father: Lewis F. Mohawk.

His love and life will be cherished forever by his mother: Patricia Mohawk of Alexandria, MN; daughters: Carolyn and Crystal Mohawk of St. Paul, MN; stepson: Lukas Gravenstein; brother: Mark (Katie) Mohawk of Onamia, MN; sisters: Juli (David) Ilchert of Alexandria, MN and Shiela (Jeff) Noble of Big Sandy, TN; as well as many nieces, nephews, and his two granddogs.

To order memorial trees or send flowers to the family in memory of Peter Mohawk, please visit our flower store.
Open