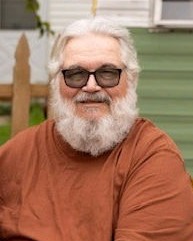 Paul Frank Roers, was born on February 25, 1951, the son of Carl and Geneva (Kvitek) Roers, in Alexandria, MN.  He graduated from Jefferson Senior High and later attended Red Wing Vocational Technical School.  He graduated from the trucking program in 1971.  He worked for Red Wing Truck Rental and its many subsidiaries from 1972-1990.  In 1991, Paul and his family moved back to the Alexandria area.  In 1992, he started H & R Tire Service with his brother-in-law.  Paul retired in 2016.

In high school, Paul met his future wife, Margaret Haabala.  They were united in marriage on September 9, 1979.  The couple was blessed with one daughter, Erin in 1981.

Paul enjoyed his snowmobile and the snow, farm shows, old tractors, and his family, especially his grandkids.

He was preceded in death by his father, Carl and his grandchild, baby Saathoff.

A Memorial Service will be held on Friday, November 11, 2022, at 1 PM at Shalom Lutheran Church in Alexandria with Pastor Michael Peterson officiating.

A visitation will take place on Thursday, November 10, 2022, from 4-6 PM at the Anderson Funeral Home and continue one hour prior to the service on Friday at the church.

A private family interment will be in Moe Heights Cemetery.