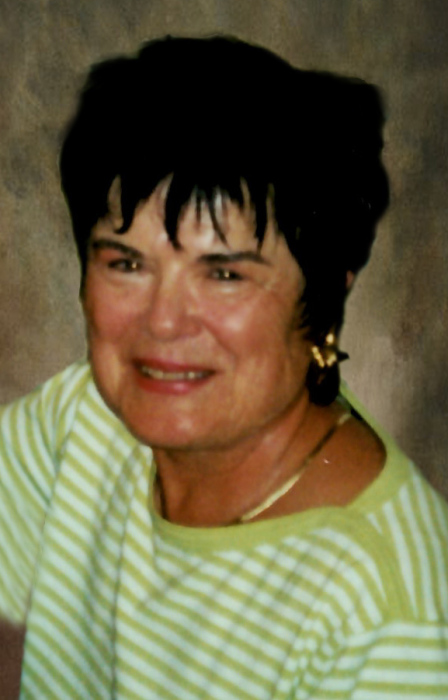 Patricia Jean (Flynn) Petermeier was born to the union of James L. and Mary A. (Bowlin) Flynn in St. Paul, MN on August 11, 1938. Pat lived in St. Paul where she attended St. Mark’s Catholic School. When she was 10, her family moved to St. Cloud where she attended St. Mary’s Catholic grade school and graduated from Cathedral High School. She then worked in advertising for Northwestern Drug Company in Minneapolis, MN for 5 years (1957-1962). During that time, she attended Minnesota School of Business where she earned her Business Certification. In the summer of 1962, Pat took a position at Win-Stevens Buick in Golden Valley, MN as Win’s executive secretary.

In February of 1961, she met Thomas Henry Petermeier. They were united in marriage at Christ the King Catholic Church in Minneapolis, MN on November 6, 1965. Immediately after getting married, the couple moved to Anaheim, CA where Tom was working as a funeral director. There she worked for the Anaheim Convention Center and assisted at Hilgenfeld Mortuary, where Tom was employed. On July 12, 1968, Tom and Pat welcomed their first child, Shannon Elizabeth. Shannon died on December 30, 1968 of Addison’s Disease. On February 10, 1970, Tom and Pat had their second child, Erin Marie.

Tom and Pat moved their family to Alexandria, MN in March of 1971 and opened Petermeier Funeral Home on April 1, 1971. On June 12, 1972, Tom and Pat’s third child, Sean Flynn, was born. Pat’s main passion and love was raising her two children. She was a wonderful mother who was always there, attended all their school and sporting events, and was their biggest cheerleader! This tradition continued when her six grandchildren and great-grandson were born—they were her pride and joy.

While living in Alexandria, Pat was very involved in the community at St. Mary’s, serving funeral and wedding lunches, volunteering with the Holiday Ball Committee for the Douglas County Hospital, serving as an election judge, and participating in the school parent advisory board. She was also involved in the operations of the funeral home and was a member of both the Elks Club and the Alexandria Golf Club, where she actively enjoyed tennis, golf, and bridge. After living above the funeral home for 17 years, Tom and Pat built their dream home on Lake Darling and moved in May 1988. There she enjoyed entertaining family and friends and living the lake life.

She was preceded in death by her daughter, Shannon; parents, James and Mary Flynn; brother, Thomas; sisters, Marianne and Donna.

A Mass of Christian Burial will be held on Friday, June 7th, 2019, at 11 AM at the Church of St. Mary in Alexandria with Father Steve Binsfeld officiating. A Visitation will take place on Thursday, June 6th, 2019 at the Church of St. Mary from 4-8 PM with a 7:30 PM Parish Prayer Service, and will continue on Friday for one hour prior to the Mass at the church. Entombment will be in the St. Mary's Catholic Cemetery. In lieu of flowers, donations can be made in Pat's memory to Hospice of Douglas County.

To order memorial trees or send flowers to the family in memory of Patricia Petermeier, please visit our flower store.
Open