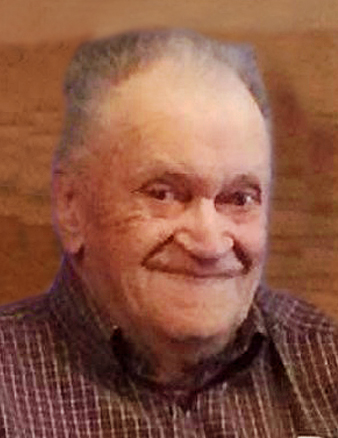 Orrin Julian Erickson, second oldest of five children, was born to Olaf and Julia (Ronnie) Erickson on September 4, 1929, in Langhei Township, Pope County, Minnesota. Orrin grew up on a farm south of Starbuck, MN. He was baptized on October 13, 1929 and confirmed in October 1943, at East Zion Lutheran Church, where he remained as a lifetime member. Orrin attended country school.

Orrin worked on the ore boats for the Pittsburgh Steamship Company on the Great Lakes in 1953 until he was drafted into the United States Army on June 9, 1954. He was a Korean War veteran. He was honorably discharged on May 31, 1956. Orrin was a lifetime member of the Veterans of Foreign Wars. He was also a member of the Masonic Lodge.

Orrin was united in marriage to Arlene Bjugan on September 23, 1956 at First Lutheran Church in Elbow Lake, MN. They lived and raised their family south of Starbuck and were dairy farmers. Orrin also worked several years at the Glacial Lakes State Park during the development of the park and for a short time thereafter. In 2014 Orrin and Arlene sold their farm and moved to Alexandria, MN.

Orrin enjoyed hunting, fishing and attending auction sales. He especially loved spending time with his family who will miss him dearly

A funeral service will be held on Tuesday, July 20, 2021, 2:00 p.m. at East Zion Lutheran Church in rural Starbuck, with visitation one-hour prior at the church. This service will be live-streamed and recorded for family and friends to view from Orrin’s obituary page on the Anderson Funeral Home website at 2 PM on Tuesday. Burial will be at East Zion Lutheran Cemetery.

To order memorial trees or send flowers to the family in memory of Orrin Erickson, please visit our flower store.
Open