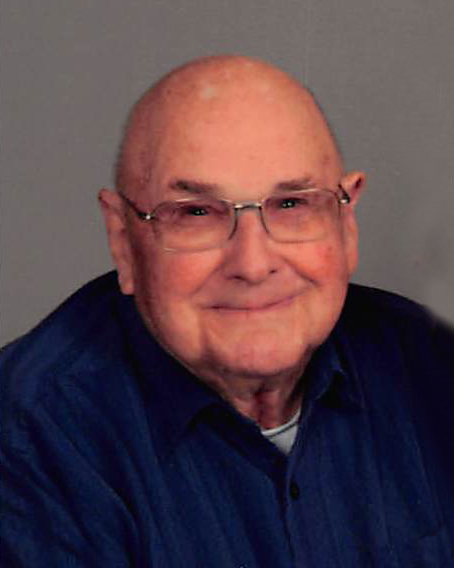 Orin Charles Lundberg was born on March 13, 1930, in Revillo, SD, the son of Oris and Edna Lundberg.  He was a graduate in 1948 of Revillo High School.

On December 16, 1948, he enlisted in the U.S. Air Force.  After he completed basic training at Lackland Air Base, he was stationed at Chanute Air Base where he completed technical training in aircraft mechanics.

After military services, Orin enrolled in South Dakota State College and on August 28, 1953, before his second year in college, he married the love of his life from his hometown Lois Beetem.  After receiving his bachelor's degree in vocational education, he and Lois moved to Britton S.D. where he was a vocational agriculture teacher for six years.  While the two lived in Britton their two sons Mark and Scott were born.  Orin received the NDEA grant in 1963, to enroll at the University of North Dakota.  In 1964, he received his master's degree in counseling and guidance and that fall became counselor at Elbow Lake High school.  He was a counselor at Granite Falls Technical Institute and in 1968 he became the counselor at Alexandria Technical and Community College where he retired on June 1, 1992.

During his life Orin enjoyed hunting, fishing, handgun shooting, and gardening.  Orin and Lois also enjoyed camping with their two boys.  When the boys grew to be men Orin and Lois traveled all over the U.S. and Canada.  They spent several winters in Hawaii and South Texas but always enjoyed being at home in Alexandria.

Orin died October 21, 2020, at his home in Alexandria at the age of 90, under the care of Knute Nelson Hospice.  He is survived by his loving wife Lois; sons, Mark (Barb) Lundberg, Scott (Janine) Lundberg; grandchildren, Roman, Samantha, and Chase; and youngest brother, Gale (Ramona) Lundberg.  He was preceded in death by his parents and his two brothers, Ron and Gene Lundberg.

To order memorial trees or send flowers to the family in memory of Orin Lundberg, please visit our flower store.
Open