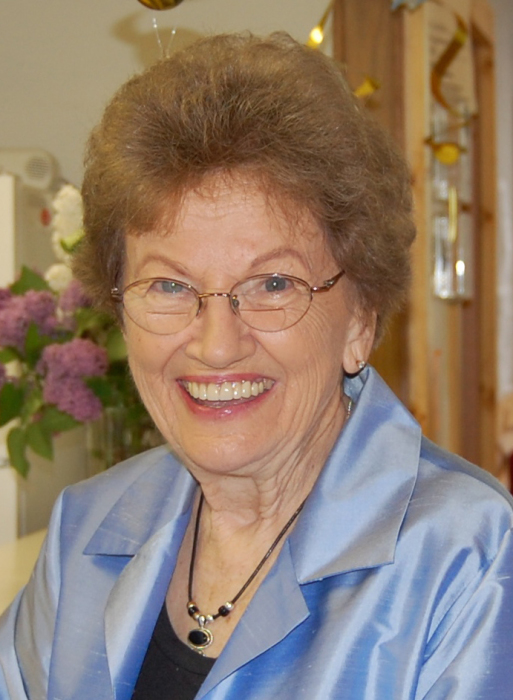 Ophelia was born Ophelia Etna Lack on April 9, 1927 and passed away on February 1, 2019 to join her many friends and family members who have gone before her.  She was born in Big Flat, Arkansas to Joseph and Ruth Lack.  She was the oldest girl in a family of 9 children.  Ophelia graduated from Paris High School in Paris, Arkansas in 1945.  She then enrolled in the Seminary in Rolla, Missouri but came home and told her father she wanted to be a teacher and not a minister.  She received her teaching certificate and her goal was to teach in a different place and keep moving.  She began teaching in Alexandria, MN and met her husband Al as she was trying to set him up with a friend of hers.  He soon fell for her charms and they were married in 1959 at the home of his boss, Harold Hall.  Greg was adopted in 1963 and Renee was born to them in 1965.

Ophelia enjoyed traveling with her family, bridge club with various friends, teaching Sunday School and became Christian Education Director at the United Method Church in Alexandria.  She was active in PEO and Bible studies.  She and Al were also part of a very special group of friends that began as a tennis club and transformed into a gourmet group that met monthly for wonderful meals and fine friendship.  Her neighborhood friends were very dear to her as well and the local “network” provided endless support to Ophelia and her family.  Our family would like to extend a very special thank you to all the dear friends that were part of mom’s life and were there for us ‘til the end.

Honorary pallbearers will be the aforementioned grandchildren.

To order memorial trees or send flowers to the family in memory of Ophelia Moen, please visit our flower store.
Open