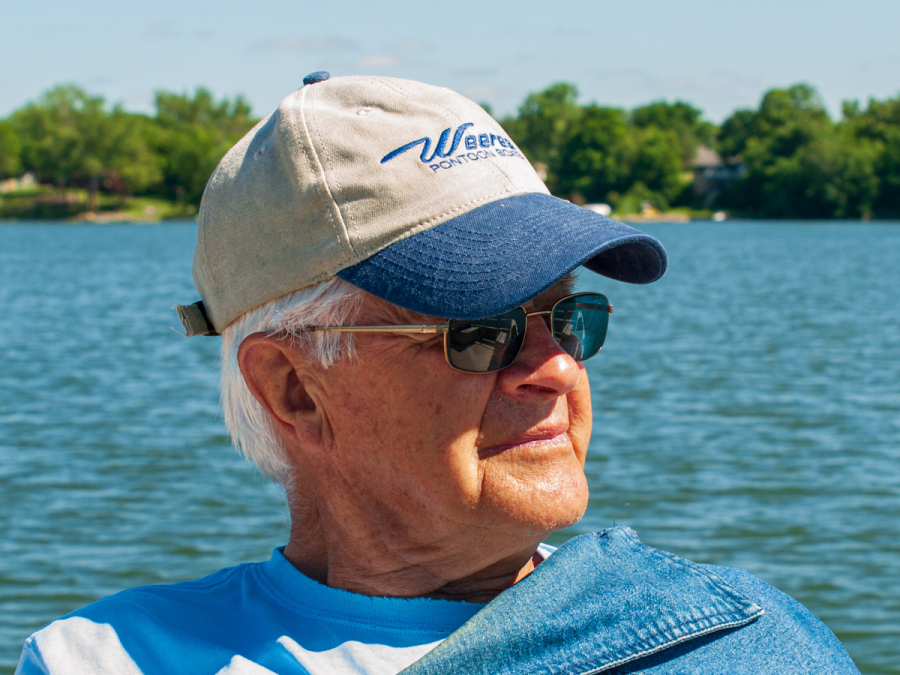 Norman “Norm” Roth passed away in his sleep on April 13, 2021 at Grand Arbor Alexandria MN at the age of 94. Norman was born in Alexandria on July 22, 1926, the son of Arthur and Bertha Roth. He was baptized and confirmed at Zion Lutheran Church in Alexandria. He attended local schools in Alexandria and graduated high school there. Norm served in the US Navy just after the end of World War II after which he returned to Minnesota and began farming with his father.

Norm was united in marriage to Adeline Haugrud on October 4, 1953 at Rollag Lutheran Church in Rollag MN. Together, Norm and Adeline started their life farming and restoring their old farm home on the north side of Lake Andrew. To this marriage three children were born, Roberta, Robert “Bob” and Ronald.

In addition to farming Norm enjoyed travel, the outdoors, gardening, a good game of bridge, bowling, and caring for and improving his home, buildings and farm. In his later years, after expressing an interest about international travel to his daughter, Roberta, Norm and Roberta travelled to Europe on four different occasions. Norm will also be remembered for his very quick wit and sense of humor. For those entering the farm homestead asking for directions Norman would reply with “… you can’t get there from here.”

Norm is survived by his daughter: Roberta (David Ashworth) Roth; son: Ron; and his grandchildren: Marissa and Jason. He is also survived by his brother: Harlan (Irene).  Norm was preceded in death by his parents: Arthur and Bertha; his wife: Adeline; son: Bob; brother: Elburn; and sisters: Ellinor Brockopp and Delores Sliper.

A graveside service will be held on Saturday, August 7, 2021, 10:00 AM at Kinkead Cemetery in Alexandria. This service will be live-streamed and recorded for family and friends to view Norm’s obituary page on the Anderson Funeral Home website at 10:00 AM on Saturday.

In lieu of flowers, memorials to Knute Nelson Hospice are preferred.

To order memorial trees or send flowers to the family in memory of Norman Roth, please visit our flower store.