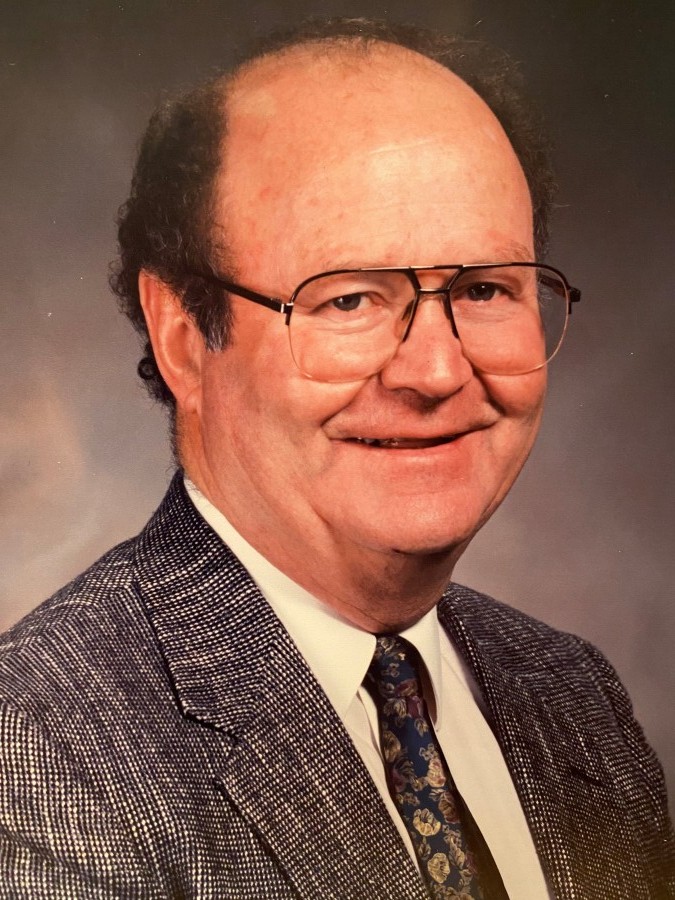 Noel Louis Schroeder, was born on April 17, 1936,  in Wagner, South Dakota to Clarence and Nell Schroeder.  He grew up on the family farm where he, and his twin brother Newell, found plenty of mischief. His older brother Keith and sister Sal were always on the lookout for them. He lettered in football, track, and basketball; where he competed at the state level. Noel and Newell were known as the fanciest guards in the state.  He graduated from Wagner High School in 1954. He went to Southern State Teachers College in Springfield, SD for one year. He then volunteered to serve our country in the Armed Services.  He was in the Army for 2 years and left to return to college at South Dakota State College in Brookings, SD.  In college is where Noel met his future wife, Linda Luther. They were married on September 5, 1957, in Huron, SD. Five children were born to this union, Scott, Martin, Todd, Wendy and Barbara.

Noel began his 38-year career in education, teaching in Bainville, MT in 1959 where he taught high school math, and coached.  He then became Principal and math teacher in Hartington, NE.  From there, the family moved to Royal, IA where he served as High School Principal and math teacher. They then moved to Sibley, IA for one year where he worked in administration and then to Emmetsburg, IA for one year. In 1970 the family moved to Alexandria, where Noel was the Curriculum Director until 1981. Noel then moved to Foley where he was the Superintendent until 1995. He retired after many years in education to his home on Lake Ottertail. After retirement, he served as interim superintendent in Big Fork, MN, Tuttle, ND school district, and on the school board in Perham, MN, and other boards.

Noel enjoyed spending time with his kids and grandkids at the lake and the hunting land.  Noel had many hobbies.  He enjoyed hunting, fishing, four-wheeling, trips to Canada, the hunting shack and an occasional pull tab. He also had fun hustling people at the pool table, and playing cards. Noel was always proud of his time in the service and enjoyed spending time at the VFW, Am. Vet. and the O.T.

Noel was preceded in death by his father and mother, Clarence and Nell, his twin brother, Newell, his sister, LaDonna, his son, Todd, and daughter in law, Marilyn.  He is survived by his brother, Keith (Mardi) of Wagner, SD, son Scott (Jenny) of Rockford, MN, son Marty (Laura)of Gold Canyon, AZ, daughter in law, Gwen of Alexandria, daughter, Wendy (Randy) Steidl of Carlos, MN, and daughter, Barbara (Dean) Anderson of Grantsburg, WI, 10 grandchildren and 6 great-grandchildren.

A public visitation will take place from 12:00 noon until 1 PM on Tuesday, January 19, 2021, at the Anderson Funeral Home in Alexandria.

A private family memorial service will be held on Tuesday, January 19, 2021 at the Anderson Funeral Home Chapel with full military honors accorded.

Due to COVID-19 health mandates, everyone will be required to social distance and wearing of facial coverings.

For those who are unable to attend, the Funeral Service will be livestreamed and recorded on Noel's obituary page on the Anderson Funeral Home website.

In lieu of flowers, memorials are preferred to the Minnesota Colon Cancer Coalition https://donate.coloncancercoalition.org/tributes-and-memorials/NoelSchroeder or to your local American Legion or Education Foundation.

To order memorial trees or send flowers to the family in memory of Noel Schroeder, please visit our flower store.
Open