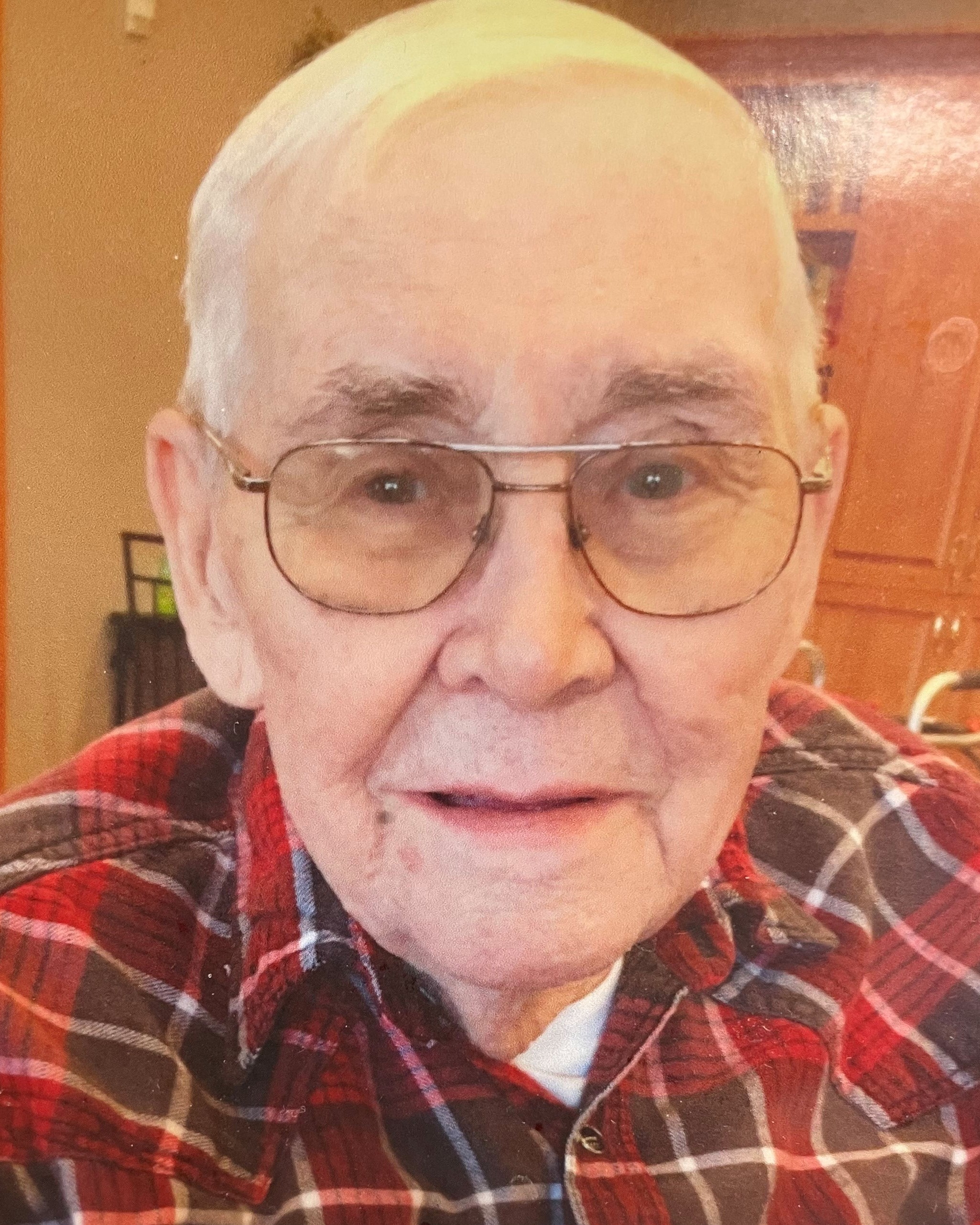 Myron James Berglin was born on January 17, 1931 to Adolph “Ed” and Mathilda “Tillie” (Erickson) Berglin in Holmes City Township, Minnesota. He died on November 4, 2022, lovingly surrounded by his family. He lived 91 years, or 1,101 months. He was preceded in death by his parents and three older brothers: Merlin, infant Miles, and Glenn.

He graduated from Kensington High School in 1949. After a short time in the United States Army, he went to work for O&M Elevator/Hubbard Milling Company, Ludke Wholesale Grocery, and later retired after a 20+ year career with the Minnesota Department of Transportation.

He was married to RoseMarie Chan on June 9, 1953. They were married 69 years. They have three sons: Randy (Lori), Roger (Vicki), and Ronnie (Char). Their family grew to include eight grandchildren, 18 great-grandchildren, and six great-great grandchildren.

Myron enjoyed spending time in his garden and wood shop. He loved fishing for sunnies and deer hunting in Holmes City. Date nights to the stock car and go-kart races with RoseMarie were also a favorite. A book of word searches was always on the table next to his recliner.

Myron was always happy to see you. He was generous, patient, and kind. His family will remember his funny and wise one-liners, such as “This is better than the girls we go with,” or “This will put hair on your chest.” And when saying goodbye, “Be good, kid” along with a farmer’s wave.