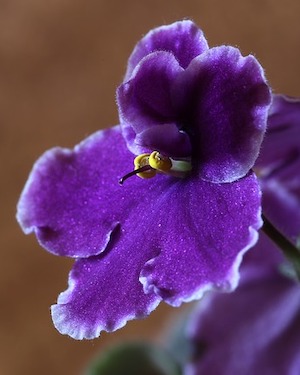 Muriel Virginia Linow was born on November 17, 1926 to Edwin and Alice (Kolberg) Sanstead. She was baptized and confirmed at St. Luke’s Lutheran Church in Garfield. She was an only child and grew up on the family farm north of Garfield.

She graduated from Central High School in 1944. At that time, she lived in Alexandria with her grandparents. She worked at Herberger’s where she met Warren. They were married on August 21, 1949. To this union they had two sons. Muriel continued to work at various businesses in Alexandria. People probably remember her at Tubby’s and Braun’s Bakery. She then went to work at the Viking Plaza Mall at J Wensman’s, a ladies clothing store.

She enjoyed watching her sons play hockey as they grew up. She also enjoyed her monthly Sewing Club she belonged to. Eventually there was no sewing done, but good conversation among lifelong friends. She had a knack for knitting dish cloths and pot holders which she gave as gifts, as just a “token of appreciation”. In her last few years she spent hours doing word find books, she says it kept her mind sharp.

After Muriel and Warren retired they decided to do some traveling. Their first trip was to Hawaii which they always had wanted to visit. They also took many bus trips to Branson, New York, Washington DC and Fort Meyers just to name a few. In their later years they stayed closer to home and took many trips to the casinos. They wanted to able to attend their grandchildren’s hockey games and figure skating shows.

Muriel passed away peacefully on Tuesday, February 18th at Edgewood Memory Care where she was well taken care of by staff and Knute Nelson Hospice.

She is preceded in death by her parents, husband Warren and many aunts and uncles.

A Memorial Service will be held on Friday, February 21, 2020 at 11 AM at the Anderson Funeral Home Chapel.

A visitation will take place on Thursday, February 20, 2020 from 5-7 PM at the Anderson Funeral Home and also for one hour prior to the service on Friday.

Interment will be in St. Luke's Lutheran Cemetery near Garfield, MN

To order memorial trees or send flowers to the family in memory of Muriel Linow, please visit our flower store.
Open