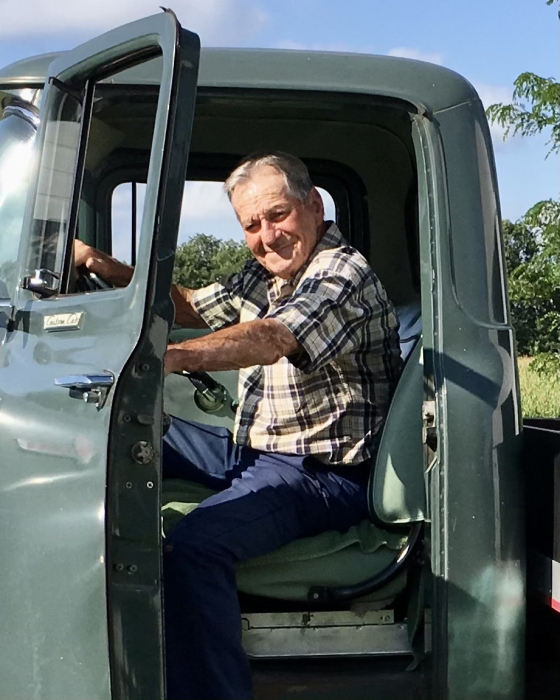 Michael Emmett Doherty was born on July 2, 1937, the son of John and Marguerite (O'Gara) Doherty.  As one of 10 children you can imagine there was never a dull moment.  Mike attended St. Charles Borromco Grade School in St. Anthony, and graduated from Edison High School in Minneapolis, MN.  The day after high school, he joined the service, and for two years he served in Germany from 1956-1958.  When he returned, he renovated an old gas station and turned it into a bar, "Mike's Place".  He enjoyed starting one of the first burger joint drive-throughs in the area.  His bar, was often THE place to be.  Stories have been told, that when Mike's Place was hopping, the neighborhood bars didn't compete, and rather joined him.  The other bars emptied to party at Mike's, the juke box moved outside, and the crowds overflowed into the parking lot.  Dad loved to have fun, typically after the work was done.  He worked hard, and played hard, most times in that order.  Mike met his wife of 56 years, at Mike's Place.  Karolynn Hvezda was attending beauty school in New Brighton, and the happy couple was married on May 1, 1965.  Mike sold the bar, and him and Karolynn purchased several lots for sale, the first to build on Schutta Road, in Shoreveiw, MN.  There they made a home and raised their three children.  Many weekends were spent in Alexandria at the Hvezda Farm, eventually Mike and Karolynn bought a place on Blackwell Lake in Holmes City, after years of many weekends spent there, they moved to their final Retirement Home "The Doherty 40" near the Ski Hill in Kensington, MN.  In between they wintered a few years in Texas where they bought and cleared cactus, and eventually sold two different lots.  Dad loved mowing, cutting wood, clearing lots, and brush-cutting trails, it didn't matter which piece of property he was on, he improved everything he ever owned.  He took pride in an immaculate lawn and freshly washed vehicles.  He cut, and hauled, and sold wood non-stop for many years.  He hauled cord after cord after cord in an old beer truck he bought when one of his employers finally decided to replace the old truck.  Wood was a passenger back and forth on I-94, as much as Mike, Karolynn and the kids were.  He sold birch to the fanciest restaurants around for their fireplaces.  Dad made his living, much as his Father and most of his Brothers did.  Selling Beer.  The Family Tradition began at the home place on County Road I, less than 3 miles from where Mike moved on Schutta Road.  There was a trail through the woods between the two houses which provided countless entertainment for the kids.  Dad must have enjoyed his Truck Driving career, he brought anybody that visited them in Shoreview and who had a free day, on the route with him.  At Mark VII Distributing they asked to promote him to Salesman, but he couldn't see himself doing that.  He won a trip to the Pittsburgh Pirates World Series Game, by having the most sales and/or best displays.  Us kids were so excited to have them come home from that trip, that we made a Welcome Home banner that spanned the length of the double-car garage.  On his last day at Mark VII, as he retired to move to the "Doherty 40" for good, his co-workers held arms to make a chain across the shop door exit to demonstrate they didn't really want him to leave.  He snuck out the back, but later threw a huge Retirement "Booya" Party at the Doherty 40, that still brings fond memories for all that attended.  Dad kept driving, as he hauled gravel or rock for Morical Excavating for years before completely retiring.  When Dad was asked if he wanted Military Honors at his funeral, he said no, leave it for those who served active duty.  His Military records disappeared years ago, so there may not be Military Honors or an American Flag at his funeral.  But, Mike Doherty was a true patriot, good catholic, loving Husband, providing Father, and proud of his 100% Irish Heritage.  He had beautiful green eyes and a grin to match.  He enjoyed entertaining, and knew he could invite anybody in, or over, in a moment's notice, because "Karoliner" would have good food and good drinks ready for company in minutes.  Hospitality they were good at, no matter who or how many decided to stop over.  We'll miss all these good times, but are thankful, and like to believe, Dad and Mom are happily back together again.  Mike is survived by his Sons:  Shawn (Jolene), Patrick (Kelly); daughter Kalee (Jay) Luetgers; six grandchildren, six great grandchildren, brothers Emmett (Lydia) and Joe; sisters:  Mary Smith, Rita Seviola, and Marguerite (Moggie); brothers-in-law, sisters-in law, and nieces, nephews, cousins and friends too many to count.  Mike is preceded in death by his wife Karolynn, his parents John Connolly and Marguerite Elizabeth, his brothers John, Jim, and Tom, and his sister Patricia.

To order memorial trees or send flowers to the family in memory of Michael Doherty, please visit our flower store.
Open