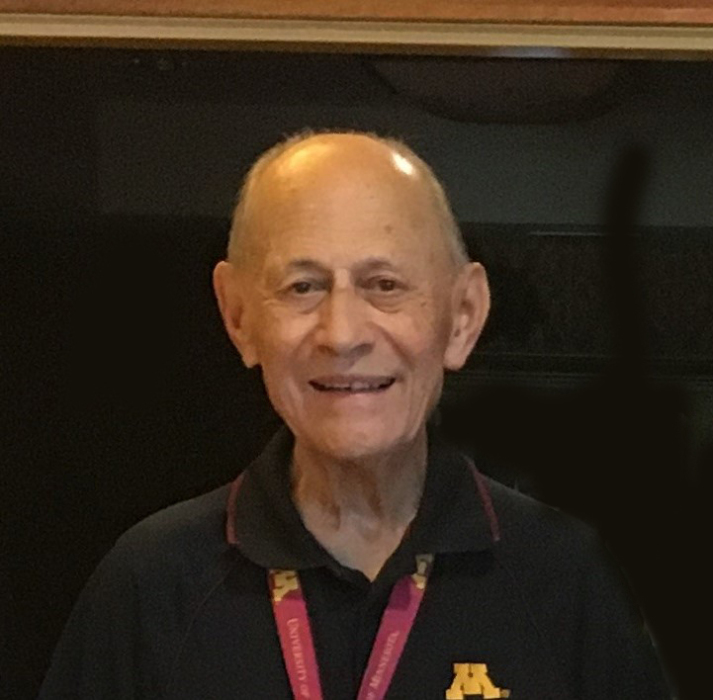 Merle Olson, a third-generation resident of Alexandria, MN., passed away on Sunday morning, December 20, 2020. He was 88.

Born in Alexandria, MN to Chester and Annie (Nyquist) Olson on November 3, 1932, he was the younger of the family’s two children. His sister, Arlue (Olson) Beheng, was Merle’s lifelong best friend. As a child, Merle loved swimming and fishing at his family’s cottage on Lake Le Homme Dieu. He completed high school in Alexandria in 1950. After studying one year at St. Cloud Teacher’s College and then working in Yellowstone National Park, he received an Associate’s Degree in Mechanical Drafting from the University of Minnesota in 1954. He then proudly served in the U.S. Army during the Korean War, where we worked on a Navy ship in the Pacific as a code breaker for two years and saw the world. Upon his return to Minnesota in September 1956, he began studies in architecture at the University of Minnesota in Minneapolis. He soon met Nancy Ann Patterson and married her on June 27, 1958. He received his B.A. in Architecture in 1960 and the couple settled in Robbinsdale, MN where they raised three children: Laura, Mitchell and Jennifer. Nancy was a schoolteacher and Merle made a lifelong career at General Mills as Facilities Manager at the firm’s corporate headquarters. Merle and Nancy took annual, month-long educational vacations with their young family, seeing America coast to coast in an RV, while teaching their children about the history of the people and places across this great land. More recently, they traveled with the family to Glacier National Park by Amtrak and this fall to a resort on Blackduck Lake in Northern Minnesota. They were married for 35 years.

Merle returned to Alexandria upon his retirement and continued to enjoy duck hunting, which he introduced to his children. He lived on Lake Ida for a time, then near Lake Agnes, and he often visited his beloved sister Arlue’s lake house on Lake Latoka, which he designed for her.  He was active in the American Legion, sat on the board of Lake Geneva Cemetery, was a member of Alexandria United Methodist Church and an avid golfer.

Merle had a passion for aircraft and especially vintage military aircraft from WWII. He was a fan of Alexandria’s own WWII Ace pilot “Bud” Peterson and worked tirelessly for many years to get a WWII airplane museum built in the Alexandria Area. He further nurtured his passion as a volunteer for the Douglas County Historical Society, for which he conducted a great deal of research on the history of the Alexandria Airport and local aviation heroes. He built museum-style displays that can still be seen at the airport today and is memorialized there for his contributions to local aviation history. His other fascinations were family memorabilia and genealogical histories which he meticulously assembled and archived.

Merle was a superfan of the Minnesota Gophers football and men’s basketball teams throughout his life, and he also enjoyed his other favorite Minnesota sports teams, such as the Vikings and Twins. He and his son Mitchell shared a love of Vintage cars, and spent time together restoring a 1966 Toronado.

Merle was a man who lived a life of joy and gratitude to his final day.  He was unceasingly kind to others, had a wonderful sense of humor, and a great appreciation of music. These last few years he delighted in assembling jigsaw puzzles and enjoyed the fellowship of a number of caregivers that also became dear friends, foremost among them Mary Saxton, who he adored and who stayed with him for 8 years. He was equally fond of Carol Moore, Lora Wardrip, LuWanna Olson, Katy Moreno and his nurse Lisa Dreger. They greatly increased the quality of his life and allowed him to continue living independently at home. His eldest daughter Laura lived with him this last year and for many months at a time over the last eight years, doting on him every day, time they both cherished. Merle never wanted to leave his home, and this wish was granted due to the dedication of his family and caregivers.

Merle’s sister Arlue Beheng was always at his side, a constant and ardently loved companion. They attended church at the Alexandria United Methodist Church together every Sunday until they could no longer drive, at which point they were often picked up by members of the congregation. They saw each other multiple times per week these last few decades, until COVID-19 interrupted their ability to be together. During lockdowns, they spoke on the phone every other day at least, and he sent his sister gifts and cards every week that they were apart.

Merle was preceded in death by his parents, Chet and Ann, and is survived by his sister Arlue Beheng, his former wife Nancy Olson, and his children: Laura, Mitchell and Jennifer. To his last day, Merle was quick to share his warm smile and his easygoing manner with all those he loved. The yardstick for his achievements was how he would be remembered by his children, and to them, he was kinder than an ocean is vast -- a hero -- not notable because of his grandiose and larger-than-life gestures, but for his constancy, his unequivocal support, and his unconditional love. He was a gentle giant and to say he will be missed is a great understatement. The world is a smaller place today.

Due to COVID restrictions, a visitation was held at Anderson Funeral Home and a brief funeral at Alexandria United Methodist Church on Wednesday, December 23, 2020. This spring a full memorial service and celebration of life will be held in his memory.

To order memorial trees or send flowers to the family in memory of Merle Olson, please visit our flower store.