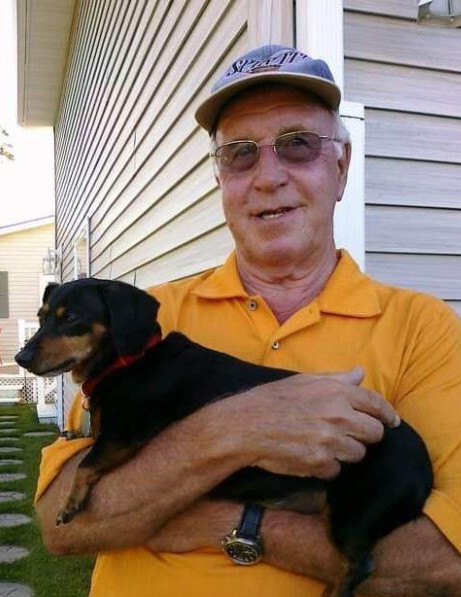 Maynard DuWayne Hoium was born on September 5, 1934, to Martin and Florence (Arneson) Hoium on a farm near Starbuck, MN. He was baptized on October 14, 1934, and confirmed on March 26, 1948 at Fron Lutheran Church in Starbuck. He graduated from Starbuck High School in 1953 and later graduated from Minnesota School of Business. Following his schooling, Maynard joined the United States Army and was honorable discharged after serving two years.

On July 27, 1957, he was united in marriage to Vernice Annette Johnshoy at Immanuel Lutheran Church in rural Starbuck.  To this union, they were blessed with three children: Jody, Julie, and Joel. Maynard started working at the State Bank of Wheaton in August 1957 where he worked until he retired at the age of 65 and continued working privately for the state bank.

Maynard was an active member of Good Shepherd Lutheran Church and sang in the choir for many years. He was also a member of the Lions Club, VFW, American Legion, and the Elks. Maynard had a passion for hunting, photography, and gardening. He also loved dogs, especially his grand dogs. Maynard took a great interest in cars and was known for his great smile and always having a joke to tell.

A memorial service will be held on Saturday, June 18, 2022 at 11:00 at Calvary Lutheran Church in Alexandria, MN  with visitation one hour prior to the service at the church. Burial will take place at Fron Cemetery in Starbuck, MN.

In lieu of flowers, memorials are preferred to Fron Cemetery or Lakes Area Humane Society.

In lieu of thank-yous, a donation will be given to Calvary Lutheran Church.

To order memorial trees or send flowers to the family in memory of Maynard Hoium, please visit our flower store.
Open