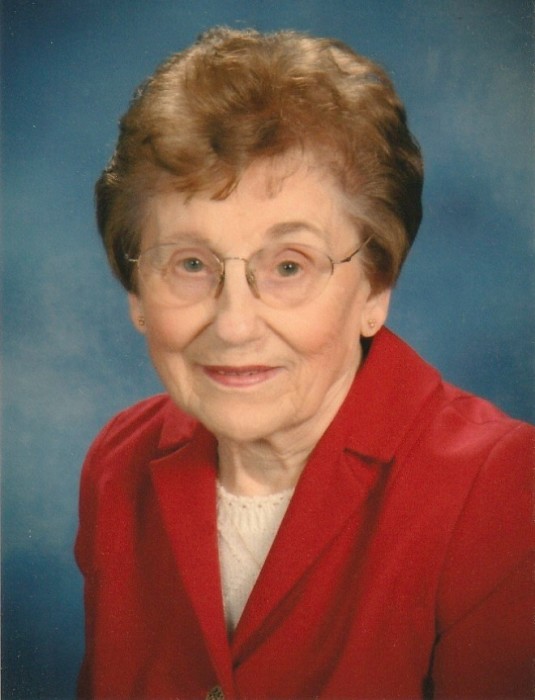 Mary Josephine “Jo” (Odendahl) Howe was born January 9, 1923, in Carroll, Iowa, the daughter of Raymond and Josephine (Wieland) Odendahl, eldest of five children.   She graduated from Auburn High School, Class of 1940, and continued her education at Mercy Hospital School of Nursing in Des Moines, Iowa receiving her RN Degree in 1944.

While in college she met Gordon Howe, a veterinary med student attending Iowa State College, Ames. They were married on March 12, 1945 in Iowa.  After completing their schooling, the couple moved to Alexandria where Gordon opened his veterinary practice.  Mary Jo went to work for St. Luke’s Hospital until their son, Jim was born.  While raising her children she continued to volunteer at the hospital and assisted Gordon with his practice including surgeries, bookkeeping and office manager.  When her children were older, Jo worked at Bethany Home as an RN for several years.  Nursing was a passion of which she was very proud.

Jo will be remembered as a very independent woman with a feisty personality and gifted with many talents. She enjoyed cross country skiing with Gordon, and both of them enjoyed working in their garden. Jo also loved to sew! She made a lot of her own clothing, clothes for her children and grandchildren, and many others including items for missions. She also enjoyed baking and decorating cakes.  She made several cakes for family and friends, for weddings and other events.

Jo’s life was full of activities with family and friends including many years of swimming, fishing, picnicking and gathering at the Lake Ida cottage. Jo always volunteered her nursing expertise and hours for family members who were in the hospital. She was very devoted to her church and volunteered many hours to the funeral committee and other activities.

She was preceded in death by her parents; her husband, Gordon; brothers Charles and James Odendahl; sisters Viola Sporleder and Helen Lewis; and her son-in-law, Bob Jaqua.

Mass of Christian Burial will be held on Saturday, February 29, 2020, 10:30 a.m. at St. Mary’s Catholic Church in Alexandria with visitation one-hour prior at the church.

To order memorial trees or send flowers to the family in memory of Mary "Jo" Howe, please visit our flower store.
Open