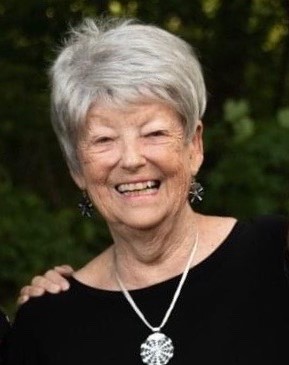 Mary (Clifford) Steffen Blakely was born on October 16, 1941, in Alexandria, Minnesota the daughter of George and Elsie (Sanderson) Clifford.  She was the only girl in the family of five growing up in Alexandria and graduating from Jefferson High School in 1959.  She continued her education at Marquette University where she received her Bachelor of Science Degree in Spanish & Latin American History.

Mary met Jim Steffen in High School and the two were united in marriage December 28, 1963. The couple raised their family in Alexandria but then, due to Jim’s own health complications, moved to Florida in the 1980s. Mary and Jim enjoyed traveling together and took many wonderful trips. Jim died in 2003.

Mary later met Dick Blakely and the two were married on February 22, 2007. They enjoyed time in Florida and traveling throughout the United States and Europe. Dick passed away in 2016. She will be remembered for her love of family and friends and treasured their time together.  Mary loved a good yard sale and thrift shopping, volunteering, reading, and watching British TV.

She was preceded in death by her husbands, Jim & Dick; brother, John.

In lieu of flowers, memorials are preferred to be sent to Douglas County Hospice or charity of your choice. A private family graveside service was held on Thursday, May 7, 2020.

To order memorial trees or send flowers to the family in memory of Mary Steffen-Blakely, please visit our flower store.