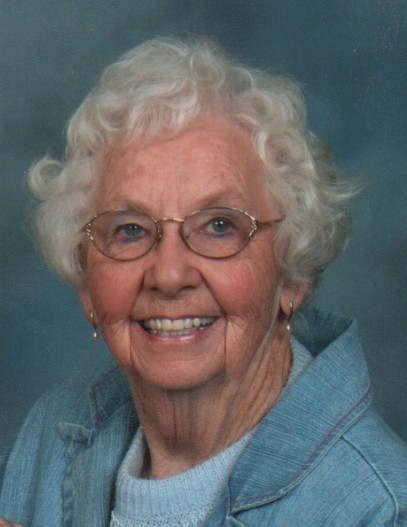 Mary Catherine (Appel) Fath was born on July 3, 1925, in Iona, Minnesota to Carl and Gertrude (Koob) Appel.  She graduated from Iona High School.

Mary was united in marriage to Celester “Tiny” Fath on March 7, 1945, in Lismore, MN while Tiny was on leave from the Navy.  The couple lived in Bremerton, WA, where they were blessed with two sons, Randy and Bill.  After the war, the family moved back to Lismore, MN to farm and run a café that they had purchased.  In 1954, the family moved to the Iona/Slayton area and purchased a farm.  The couple farmed for 30 years and after retirement in 1982, built a home on Lake Amelia near Glenwood.  In 1993, the couple moved to Alexandria and became members at St. Mary’s Catholic Church.

Mary’s faith was her first priority and she enjoyed helping at church.  She was a great communicator, loved people and was a devoted and caring wife, mother and friend.  Mary enjoyed spending time crocheting, dancing, going to the casinos and celebrating holidays.  You could also find her being outdoors as she loved fishing, gardening, and picking apples to make; apple sauce, apple pie, apple crisp, or anything apple with them all being very delicious.  She was very proud of her sons and loved her grandchildren dearly.  Mary will be missed by those who knew and loved her.

A Mass of Christian Burial will be held 10:00 AM on Saturday, September 29, 2018, at St. Mary’s Catholic Church in Alexandria.  Visitation will be held from 4-7 PM with Parish Prayer at 4 PM on Friday, September 28, 2018, at the Anderson Funeral Home and for one hour prior to the service on Saturday.  Entombment will be at St. Mary’s Catholic Cemetery in Alexandria.

To order memorial trees or send flowers to the family in memory of Mary Fath, please visit our flower store.
Open