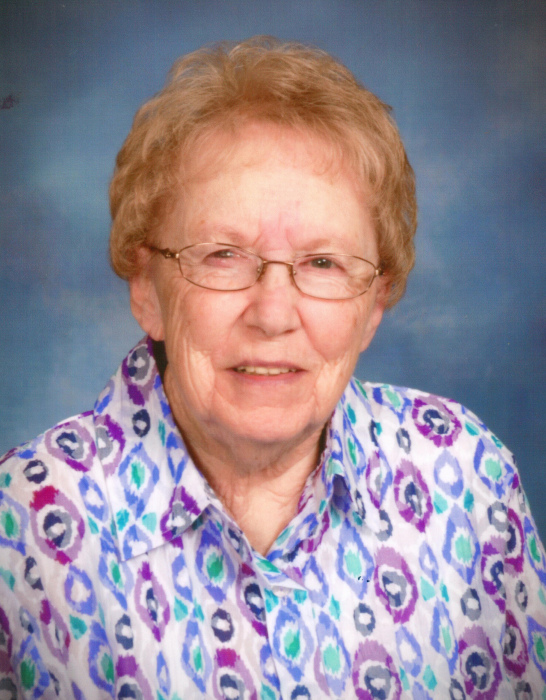 Marlys Carol (Knutson) Bruemmer of Osakis, Minnesota was born July 8, 1934 at Watertown, South Dakota, the daughter of Carl B. Knutson and Gertie (Sleaper) Knutson. Marlys was baptized on July 22, 1934, at First Evangelical Lutheran Church, Gary, South Dakota. In 1945 her family moved to Verdi, Minnesota, where her father worked as manager of the Verdi Elevator. Marlys was confirmed on July 11, 1948 at Trinity Evangelical Lutheran Church. Elkton, South Dakota. Marlys graduated from Verdi High School in May 1953. After graduation, Marlys attended night school at the Minnesota School of Business in Minneapolis, Minnesota. Marlys worked in Hopkins, Minnesota, at Minneapolis-Moline.

On March 21, 1954, Marlys was united in marriage to Paul Henry Bruemmer. Marlys and Paul lived on a farm near Ruthton, Minnesota for many years where they raised their children.  Marlys worked as a dental assistant and as a manager at several convenience stores in Minnesota and South Dakota. She retired in 2003. Marlys enjoyed teaching Sunday School and Vacation Bible School for many years. Marlys was an expert at crocheting and an avid reader.

Marlys Carol Bruemmer, age 84, of Osakis, MN, died on Saturday, February 16, 2019 at the Galeon of Osakis.  Besides her parents, she was preceded in death by her husband Paul Bruemmer, her brother Norman Knutson and her grandson, Aaron Hedin.

A funeral service will be held on Friday, February 22, 2019 at 11 AM at St. Paul's Lutheran Church in Alexandria.

A visitation will take place on Thursday, February 21, 2019 from 5-7 PM with a 7 PM Prayer Service at the Anderson Funeral Home in Alexandria.

The visitation will continue Friday at the church for one hour prior to the service.

Interment will be in Holland Village Cemetery in Holland, MN on Saturday, February 23, 2019 at 11 AM.

To order memorial trees or send flowers to the family in memory of Marlys Bruemmer, please visit our flower store.
Open